China is taking steps towards its goal of providing every single person in the country with access to modern health-care services, in part through health financing schemes. Jane Parry and Cui Weiyuan report.

When Shi Liuchang, a worker at a state-owned electricity plant in Pingdingshan, Henan province, China, was diagnosed with hepatitisB in 1982, his work unit gave him a blank cheque to pay the medical bill. "All I had to do was bring the cheque to the hospital to have it filled in with the total cost when I was discharged," he explains.

The 1000 yuan bill for a second three-month stay in hospital in 1987  the equivalent of US$268 at that time  was also picked up by Shi's employer. But by 2000, the cost of a two-week stay in hospital had spiralled to over 10times that amount and his health insurance no longer met the cost. At a time when his monthly salary was 900yuan, Shi had to pay over 6000yuan out of his own pocket as his health insurance only covered 4000yuan of the bill.

And things got worse. In 2007, he was diagnosed with liver cancer, after he had been made redundant and was no longer covered by an employer-based health insurance scheme. "After being 'retired' for quite a long time, I could not get any type of insurance because I had hepatitisB. It is impossible with commercial insurance," Shi, aged 58, recalls. It was not until 2007 that he finally got insured through an urban cooperative health insurance scheme, but even that only provided partial coverage for inpatient care at designated hospitals.

Beforehand, Shi has received treatment in the city. Now he was restricted to the local clinic, which lacked staff and facilities to treat liver cancer. "They refused to refer me to the provincial capital-level hospital, saying that cancer was a terminal disease and no matter where I got treated, the final result would invariably be death anyway."

Later that year, Shi managed to round up 120000yuan (US$17600 by today's rates) to pay for some of the treatment at the prestigious Beijing Cancer Hospital. "This was a big fortune for me, but without the operation I would have died," he says. Still, he has completed only one of three recommended follow-up rounds of chemotherapy, as 18000 yuan per round is prohibitively expensive, and he fears bankrupting his family.

Shi's story is a microcosm of China's health-care financing issues, of how, over three decades of economic liberalization, hospitals became driven by profits and access to care became uneven. His experience of battling a chronic disease also illustrates the health problems affecting China's ageing population  problems the government has recognized are in need of new financing solutions. But current efforts fall short. Health insurance reimbursement levels are often woefully low, while health insurance schemes are limited in scope and fail to address the key issue of how health-care providers are paid for their services.

Moreover, compared to their rural counterparts, urban residents like Shi, are the lucky ones. In the countryside, the rural cooperative health schemes that covered over 90% of peasants in the 1970s collapsed in the 1980s as China's agricultural sector was privatized. Although rural health insurance schemes have been reintroduced, out-of-pocket expenditure remains high and rural health-care services remain inadequate.

For consumers, out-of-pocket expenses including user fees are the main problem, but for the health authorities there are three challenges to reforming China's health-care financing structure: how to raise the money, how to pool what is raised and how to reimburse service providers. The government realized that patchy health insurance coverage was a problem in 2003, when the outbreak of severe acute respiratory syndrome exposed weaknesses in the country's health system. But it was not until 2006 that health officials recognized that reinforcing the health system was just as important as prevention and treatment of infectious diseases. 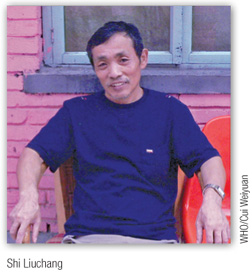 "In 2007, the central government began to subsidize community health-care services in central and western China at the level of 34yuan per urban resident, which the local authorities are required to match," says DrLei Haichao of the Department of Health Policy and Regulation at China's Ministry of Health. "Since the inception of the New Rural Cooperative Medical Scheme in July 2003, it has covered more than 800million rural residents. The funding level (premium) was 50yuan per capita in 2007. This will be increased to 100yuan by 2008 or 2009, depending on the provinces. Of the 100yuan (annual premium), 80yuan will come from the central and local government. The peasant only needs to pay 20yuan out of his pocket."

Public financing of health care is increasing, according to Lei. "The government expenditure on health care has seen a dramatic change. Government budgetary financing accounted for 15.9% of total health spending in 2001, and the percentage increased to 18.1% in 2006," he says. This year the central government announced it would increase health spending again, by another 25%, taking this to 83.2 billion yuan, some of which will be earmarked for enhancement of the rural and urban health insurance scheme and health infrastructure at the community level. Details of these health-care reforms were released as the Bulletin went to press. 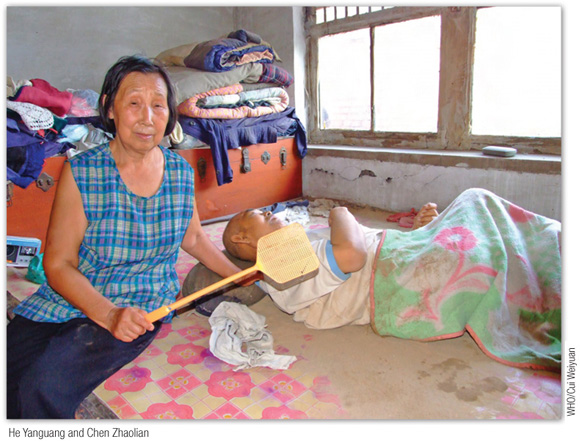 "The Chinese government argued that the burden is reduced because out-of-pocket payments as a percentage of total health expenditure have been reduced," says DrHenk Bekedam, director of health sector development at WHO's Office for the Western Pacific Region in Manila. "It's an achievement, it's good, but it's not sufficient information to argue that people are paying less. You also have to look at other indicators, such as health-care spending as a proportion of total household expenditure, which was 45% seven to eight years ago, and is now 68% and more in poorer areas."

In the past, universal health care for people in rural areas meant reliance on barefoot doctors with rudimentary training and few medicines. Today, the government has a vision of universal access to modern health-care services. Bekedam praises China for this and says it has found the mechanism to see that everyone in rural areas is signed up to a health insurance scheme in the next few years.

Coverage in urban areas is more of a patchwork. Some 140million urban residents, a third of the total urban population, are covered by the workplace-based health insurance called Basic Medical Insurance. Improvements to this scheme are in the pipeline, such as inclusion of spouses and children. In some parts of China poor urban residents are covered by the Medical Financial Assistance Scheme, but the country's 200million migrant workers and the unemployed have yet to be covered.

Out-of-pocket payments for health should not exceed 30% of a person's income, according to the Organisation for Economic Co-operation and Development's definition of universal access.

In China, the Rural Cooperative Medical Schemes and Medical Financial Assistance schemes, for lower-income groups in cities, only reimburse 30% of health costs which means out-of-pocket payments of 70%, regardless of income.

"The very poor cannot pay for medical services upfront and cannot afford to pay 70% of the costs. Their premiums end up subsidizing scheme members who can afford to pay what the insurance doesn't cover," says Bekedam.

A rural health insurance scheme enabled He Yanguang's family to recoup just over half of the cost of her husband Chen Zhaolian's treatment for a brain tumour in 2004. "The 31000 yuan reimbursed through the scheme was a big relief to my family. We'd borrowed almost 30000 yuan from relatives and neighbours, so the reimbursement at least kept us out of debt," she said. "We kept borrowing from so many people. In the countryside, no single person has that much money on hand, plus the hospital won't treat you if you don't have enough money for the deposit."

However, once the reimbursements were exhausted, her husband's treatment came to an abrupt halt and his condition deteriorated. "In the countryside, how much you are treated depends on how much money you have. When the money is used up, you quit your treatment," Chen said two weeks before his death.

Public financing accounts for only 78% of public hospitals' income, according to the health ministry, with user fees for services bringing in the rest. This often results in wealthier patients receiving unnecessary services, while poorer patients are unable to access the health care they need.

Dr Tang Shenglan, health and poverty adviser at WHO's country office in Beijing, discusses this in an internal report on China's health-care system. "There has also been evidence [of] supply-induced demand, particularly for inpatient services, which are covered by most Rural Cooperative Medical Schemes in China," he writes. "Irrational use of health technologies, such as prescribing unnecessary diagnostic tests and medicines, and referring more patients for hospital admissions are, as observed, part of revenue-driven approaches used by the Chinese service providers to make more money that can be used to increase the income level of doctors and other staff."

Whether China should move towards the United Kingdom model of direct government funding of health-care or premium-based insurance has yet to be decided. "There are a lot of debates domestically on which model China should follow, but there is no answer yet. The government will continue to support both the supply side and the demand side in the anticipated future," says the Ministry of Health's Lei.

Moving away from a reliance on user fees is not only a challenge for China, but for many middle-income countries. However, if China had a system of universal insurance with a 70% minimum reimbursement level, says Bekedam, insurance companies and funds would have an incentive to make service providers improve efficiency by introducing prepayment and other mechanisms. Pooling of premiums could be expanded up to the provincial level, which would make insurance companies and funds more capable of negotiating good deals with service providers.