Unprotected sex has no age

People aged over 50 years of age are the target of a new campaign in Brazil to increase awareness of the risks of becoming infected with HIV. Claudia Jurberg reports.

In 1997 Beatriz Pacheco, a Brazilian lawyer, learned she was HIV positive. She had been ill for a year and had no idea what was wrong with her. "At that time, the doctors [in Brazil] did not associate HIV with someone like me - an elderly lawyer living with her husband," she says. When the doctor asked her if she had any objections to undergoing the HIV test, Pacheco laughed, but she had the test and went to get the results unaccompanied. "I was certain that the test would be negative," she says. She was wrong. She had been infected by her second husband, who had died of hepatitis after he had received many blood transfusions.

The doctor told her that she had only 18 months to live. Today Pacheco, aged 60, is still going strong, having spent the past decade as an AIDS activist, working for most of it alongside her third husband, who died of cancer three years ago: "My husband Carlos Aleixo said we should make sweet lemonade from these sour lemons," Pacheco recalls. The first 'lemonade' they made was the Care Center for HIV Employees, which they established in 1998 to defend the rights of people who had been forced to leave jobs because they were HIV positive. Pacheco went on to establish two more advocacy groups in 1999: the Latin American and Caribbean Movement of HIV Positive Women and the National Movement of HIV Positive Women, Brazil.

It was while working with these associations that Pacheco began to notice the number of older or elderly women infected with HIV. It was a fact never mentioned in government campaigns or official statistics. "In Brazil, there is a great deal of prejudice related to sexuality and age," explains Ivo Brito, a technical adviser for the Brazilian programme for Sexually Transmitted Diseases (STDs) and AIDS at the Ministry of Health. "Many people do not think the elderly are sexually active; they regard AIDS as a disease of young people."

The limited data available suggest otherwise. According to official government figures the annual incidence of HIV infection among Brazilians aged over 50 years doubled between 1996 and 2006, jumping from 7.5 to 15.7 cases per 100 000 inhabitants. Furthermore, the Gaffrée Guinle Hospital in Rio de Janeiro began to monitor the HIV status of patients in 2001 and noted a significant increase in seropositivity in patients aged 60 years and over. "We are like a barometer of what is happening in the Brazilian society," says Dr Fernando Ferry, an HIV specialist at the hospital. "We have 3200 patients enrolled in the AIDS outpatient service at the hospital, around one-third of whom are older than 50."

What exactly is happening in Brazil is unclear. As Veriano Terto, a coordinator with the nongovernmental organization known as the Brazilian Interdisciplinary Aids Association (ABIA), says: "We don't know if the number of new recently reported AIDS cases increased among the elderly because diagnosis has become easier and more accessible in the last years, or because of a real increase of the number of HIV infections."

Brito thinks that changes in the sexual behaviour of Brazil's older citizens are among the factors that may be increasing exposure to infection: "Although there aren't systematic studies on this subject, the experience of health professionals with the elderly population shows that this group is challenging prejudices and has more [sexual] interaction [than people realize]," Brito says, adding: "Many of them also seek to improve their quality of life and sexual practice."

Some HIV specialists go as far as to correlate this change in behaviour with the arrival of drugs designed to treat erectile dysfunction in the country roughly 10 years ago. Sidenafil citrate - to give Viagra its generic name - and similar drugs from other manufacturers are easily available over the counter in Brazil and have certainly changed the parameters of sexual behaviour there. As Dr George Schmid, a medical officer at the World Health Organization, puts it: "Because of erectile dysfunction drugs, men, who would normally decrease or cease sexual activity as they age, have extended their sex lives." 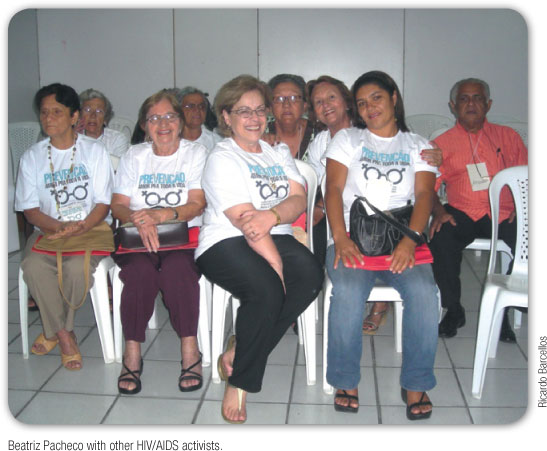 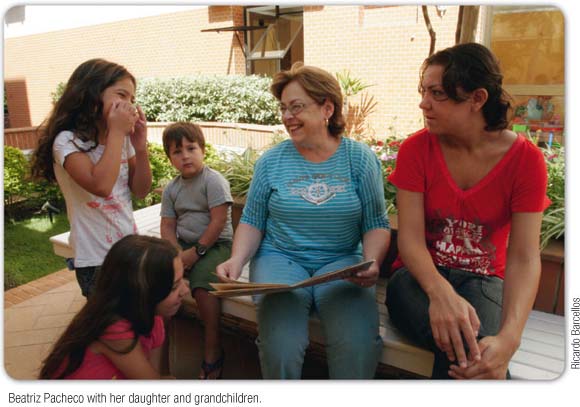 These changes in sexual behaviour bring with them certain risks. For one thing older people may not be as aware as their younger counterparts of the risks involved in having unprotected sex. "Older people became sexually active in a world where there was no AIDS," notes Brito of the Ministry of Health. "They were not accustomed to using condoms." The danger may be compounded by older men seeking out younger, sexually active women, which increases their chances of exposure to HIV. "[Erectile dysfunction] drugs can also be used for partying," says Schmid, citing another cause for concern: that anti-impotence drugs may lead to sexual activity in unsafe conditions.

But the Brazilian spokesperson for Pfizer, the maker of one of the erectile dysfunction drugs, Viagra, rejects such talk as unfounded. "There is no evidence to link the use of Viagra with a growth of AIDS in older people," says Dr João Fittipaldi, medical director of Pfizer's Brazilian branch. On the contrary, Fittipaldi argues that these drugs may actually help to protect men, since it enables them to keep their condoms on by strengthening their erection.

Gaffrée Guinle's Ferry is ready to admit that erectile dysfunction drugs are "not the only villains" in the putative HIV epidemic among Brazil's elderly. He cites improved survival rates among Brazil's seropositive population as an important factor. If fewer people are dying of AIDS, the number of people infected and the age of those infected will go up, even if new infections are on the decline. Finally, the overall health picture in Brazil is improving. Brazilians are living longer, healthier lives and are more likely to remain sexually active as a result.

In 1996, Brazil's parliament passed a law providing free and universal access to treatment for HIV/AIDS through the public health sector. By the end of 2007 - more than 10 years later - with nearly 200 000 people on antiretroviral treatment, Brazil was providing this treatment to 80% of those in need. As a result, many Brazilians infected with HIV have increased their lifespan considerably.

Among middle-income countries, Brazil has led the way in terms of providing HIV/AIDS treatment to most of those in need. But not until recently was there any awareness that older and elderly people were also at risk of HIV infection. In recognition of that risk, the Brazilian STD/AIDS Program and the Ministry of Health launched a new campaign on World AIDS Day, 1 December last year (2008), under the slogan: "Sex has no age. Nor has protection." The aim is to make older people more aware of the need to use condoms.

ABIA's Terto welcomes the campaign, saying that it is essential to bring the words 'elderly' and 'AIDS' together in the public's mind. For Beatriz Pacheco, the campaign is the first step on a long road: "The epidemic has been with us for many years and this is the first time that this issue has been addressed. It is very good, but the fight goes on. This is just the start..."