Skin cancer incidence is increasing worldwide as fair-skinned populations seek the sun without realizing the risks. Sarah Cumberland and Claudia Jurberg report on how Australia and Brazil are tackling this health issue.

For the past 10 years on one single day in November, more than 1500 physicians have taken to the streets and beaches of Brazil in the fight against skin cancer. The annual National Campaign to Prevent Skin Cancer mobilizes Brazilians to attend one of thousands of mobile clinics set up in tents at beaches and town squares in hundreds of cities nationwide for a skin check and to learn more about how to prevent skin cancer.

Organized by the Sociedade Brasileira de Dermatologia (Brazilian Dermatological Society), the campaign attracted more than 40 000 people in 2008, an increase of 40% on 2007. According to a survey carried out on the day, 8 November 2008, more than 27 000 (62.3%) people who were examined said that they had come because of the media campaign. "The media played an essential role," says Dr Selma Schuartz Cernéa, campaign coordinator. News stories that stressed the importance of regular skin examinations were run in national radio, television, print media and the Internet.

Ten per cent of people who attended were diagnosed with some type of skin cancer. Of the cases identified on the campaign day in 2008, more than 3000 were basal cell carcinomas (non-melanomas) and 354 were malignant melanomas, the most deadly type of skin cancer. Unfortunately, the majority of people who attended the national day (65.4%) confessed to exposure to the sun without protection, says Cernéa. Brazil's tropical climate and thousands of kilometres of beaches have contributed to building a nation of sun-worshippers with European descendants making up about 50% of the population. Tanning is particularly a problem for teenagers who are less likely to use sunscreen or other protective measures but whose habits today will have an impact on skin cancer incidence in later years. A study published in the American journal Photochemistry and Photobiology in 2005 revealed that 90% of high-school students surveyed in Porto Alegre, Brazil, were aware of the dangers of sun exposure and skin cancer, but thought that tanning improved their appearance so considered it was worth the risk. Less than 50% of them reported using sunscreen in summer and less than 3% used it in winter. 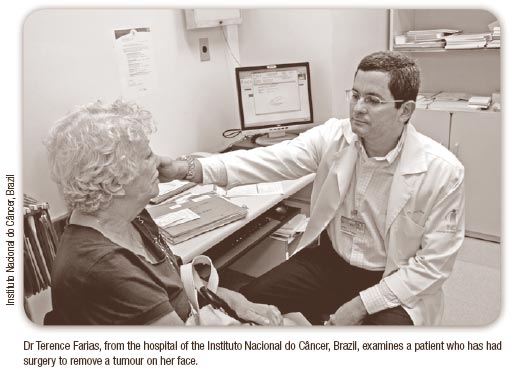 According to the Instituto Nacional do Câncer (National Cancer Institute), skin cancer continues to be the most common type of cancer for both men and women in Brazil. According to data from the Ministry of Health, more than 7000 Brazilians had treatment or surgery for skin cancer within the public system in 2008. This number has more than doubled in 10 years, from 3000 in 1998, while the population increased only by about one fifth from 161 million to 190 million. 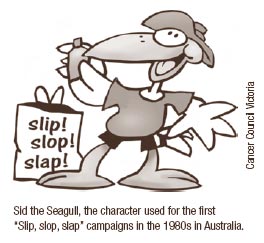 Dermatologic surgeon Dr Joaquim Mesquita Filho believes that the incidence of melanoma in Brazil is underestimated because it does not require compulsory notification. In his private clinic in Rio de Janeiro, Mesquita Filho saw 11 cases of melanoma between January and May of 2009 but was not required to notify the health data system about any of them.

Marceli Oliveira Santos, a statistician from the Division of Information at the National Cancer Institute, said cancer incidence data are only an estimate because Brazil does not record these data for the entire population. "The National Cancer Institute only receives records from 28 locations, mainly in the capital. Of these, only 17 have produced data for at least two years."

"Worldwide, skin cancer is on the rise because it is still viewed by many people as a fairly benign condition, almost as an inconvenience," says Dr Hayes Gladstone, director of dermatologic surgery at Stanford University, United States of America. "And many national cancer societies, including the American Cancer Society, have chosen to focus their efforts and limited resources on cancers which have an across-the-board higher mortality rate such as breast and colon cancers."

Increased leisure time in places with high ultraviolet radiation, growth in the sunbed industry and the role of fashion have all contributed to increasing skin cancer rates, according to Craig Sinclair, director of the Cancer Prevention Centre at the Cancer Council Victoria, Australia.

"Skin cancer education needs to be comprehensive at all ages, using all media including the Internet and mobile phones to distribute a message that shows the harsh realities of skin cancer," says Gladstone. "Countries such as [those in] Scandinavia, Germany and the United States [of America] need to better educate their populations, not only on daily sun protection, but when they go on holiday." He suggested, for example, that alongside hotel recommendations and other travel information, Internet travel web sites could remind travellers to use sunscreen and to stay out of the midday sun.

Gladstone says the best campaigns are in Australia, the country with the world's highest incidence of melanoma. Public education for skin cancer prevention began there in the state of Victoria in the 1980s with community service announcements on television featuring an animated character Sid the Seagull promoting the message "Slip on a shirt! Slop on some sunscreen! and Slap on a hat!" Since then, a national programme called SunSmart has delivered public education messages and advocated for environmental and policy change in schools, workplaces and local government. 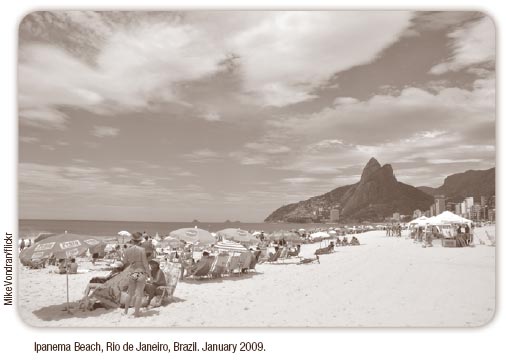 A survey in April 2008 showed that the Australian government's national television campaign changed teenage attitudes and behaviour, including reducing their preference for a suntan and increasing their use of hats and sunscreen, according to Suzanne Dobbinson, from the Centre for Behavioural Research in Cancer at the Cancer Council Victoria. "Sustained mass media campaigns have had a significant effect on reducing sunburn and improving sun protection behaviours [in Australia]," says Sinclair. "There is also good evidence that sun protection campaigns have reduced the incidence of melanoma in younger age groups." 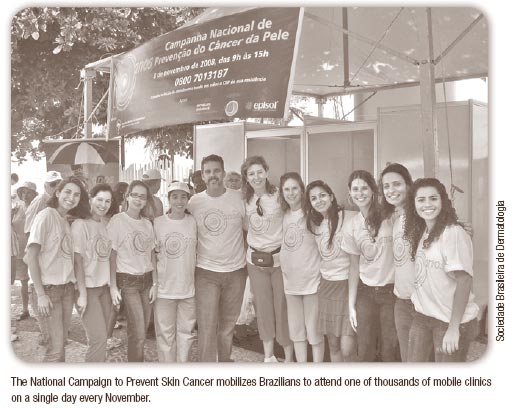 Professor Michael G Kimlin, director of the AusSun Research Lab, Queensland University of Technology, Australia, attributes the success of the campaigns to strong government and community support. "The Australian public has a very good understanding of the risk factors associated with skin cancer. Skin cancer rates have fallen in Australia due to our well-planned and executed public health messaging. However, some indicators are suggesting that there may be a rise among certain younger ages, so it is time for new strategies." Advertising in Australia is currently using "scare tactics", such as showing surgery to remove a melanoma on a 22-year-old woman's back, and a newspaper ad showing a dead man with moles in the pattern of a gun on his chest, inviting readers to join the dots to get the message, "Not getting your moles checked could be suicide."

In Brazil, people are becoming more aware of the importance of having their moles checked. Dermatologist Dr Bianca Costa Soares credits the annual campaign with an increase in the number of people coming to the AC Camargo Hospital in the State of São Paulo for skin checks.

"The number of melanoma diagnoses has increased in the hospital," she says. "The death rate is falling because we are able to make the diagnosis so early. People are now more concerned about looking for signs on their body. This is an important contribution in reducing melanoma mortality," she says.

The Brazilian experience shows that the national campaign allied with the media is an essential tool in the fight against skin cancer. "The work that has been done by the Brazilian Dermatology Society has contributed to greater awareness on the risk factors and the importance of prevention," says Costa Soares.

[The penultimate paragraph of the previous published version of this story has been deleted.] 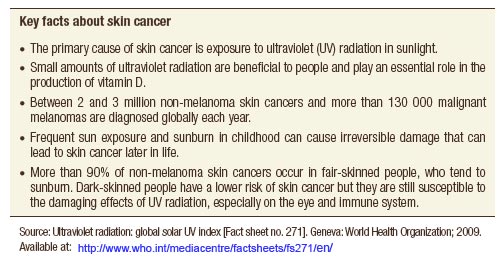