Pharmaceutical companies that market medicines directly to consumers in the United States of America (USA) are under increasing pressure to rein in their inventive urges, while attempts to establish a bridgehead in Europe look doomed to failure. Gary Humphreys reports.

The distinguished doctor who has been introduced as the "inventor of the artificial heart" turns to the camera and says, "Just because I'm a doctor doesn't mean I don't worry about my cholesterol." He then recommends people use an anti-cholesterol drug, Lipitor, and to show just how confident he is in his own ticker, he rows across a lake. It was a killer advertisement, part of a campaign put together at a cost of US$ 260 million for drug company Pfizer. But it relied on the audience being unaware of several important facts: Robert Jarvik, the distinguished "doctor" in the boat, had never been licensed as a medical doctor, could not legally prescribe anything and was not the inventor of the artificial heart (at least according to three former colleagues at the University of Utah). It later turned out that he hadn't even rowed the boat. Welcome to the world of direct-to-consumer advertising.

Direct-to-consumer advertising of drugs has been legal in the USA since 1985, but only really took off in 1997 when the Food and Drug Administration (FDA) eased up on a rule obliging companies to offer a detailed list of side-effects in their infomercials (long format television commercials). Since then the industry has poured money into this form of promotion, spending just under US$5 billion last year alone. The only other country in the world that allows direct-to-consumer drug ads is New Zealand, a country of just over four million people.

Direct-to-consumer advertising informs patients potentially suffering from disease and raises their awareness of treatment options, according to Ken Johnson, senior vice president of Pharmaceutical Research and Manufacturers of America (PhRMA), an industry trade group. But critics of the practice, and there are many, have their doubts. "The truth is direct-to-consumer advertising is used to drive choice rather than inform it," says Dr Dee Mangin, associate professor at the Christchurch School of Medicine and Health Sciences, Christchurch, New Zealand, pointing out that the 'driving' is typically in the direction of expensive brand-name drugs. New Zealand consumers then go to their doctors and the pressure to prescribe begins. Surveys carried out in New Zealand and in the USA show that when a patient asks for a specific drug by name they receive it more often than not. "In an era of shared decision-making, it's much more likely that general practitioners will just do what the patient asks," says Mangin. It goes beyond that, of course, because doctors are also being enticed by pharmaceutical companies to prescribe their drugs. 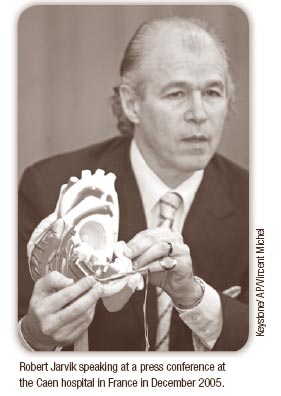 The net result is higher cost for the consumer or tax payer. It is the issue of costs that has put the issue of drug marketing and consumption firmly at the heart of the Obama administration's current review of the USA's health-care system. "Some of the more thoughtful people in the USA recognize that part of the reason they have a drug expenditure bill that is completely out of control is this kind of advertising," says Suzanne Hill, a scientist working on rational drug use and drug access at the World Health Organization (WHO). Not so, says PhRMA's Johnson in a statement in May this year: "[direct-to-consumer advertising] benefits the entire health-care system in the USA by encouraging patients to seek medical attention that may help them manage their conditions and avoid unneeded hospital stays or surgeries," he says, arguing that fewer surgical interventions inevitably reduce costs.

Direct-to-consumer advertising is also blamed for encouraging so-called off-label uses of drugs; that is to say uses not approved by the FDA, the USA regulator. An example of this would be gels and fillers that had initially been approved by the FDA as dissolvable sutures that are being promoted as scalpel-free alternatives to cosmetic surgery. For Professor Alexander Capron, University of Southern California (USC) Gould School of Law, the use of direct-to-consumer advertising in the promotion of off-label uses has been if anything, "a more slippery slope", than aggressive or misleading promotion.

In the USA, Democrats in the United States Congress challenged the industry's use of direct-to-consumer advertising in January 2008, when Congress announced an investigation of several advertisements including the one featuring Robert Jarvik rowing a boat for Pfizer's cholesterol-lowering Lipitor. A month later Pfizer pulled the ad and Pfizer's president of worldwide pharmaceutical operations, Ian Read, expressed regret about people getting the wrong impression. Ten months later the pharmaceutical industry announced that it was updating its voluntary standards for direct-to-consumer advertising. It pledged to stop using actors to play doctors, and to make sure endorsers who said they had used a particular drug had actually done so.

Dr Peter Lurie, deputy director of Citizen's Health Research Group, was unimpressed, and he has seen nothing in the past six months to change his mind. "I don't see anyone saying 'where have all the direct-to-consumer ads gone?'" he says, and notes that for all the talk of higher standards, as long as pharmaceutical companies are in the drug business to do business, they will spin the data to improve their bottom line. "If you are employed to deliver short-term results, and getting those results means lighting a fire under a brand, you'll do it," he says.

Unless of course, there's actually a cost for the company. Last year it appeared that some people in the industry might be beginning to think this may be the case, when Chief Executive Officer William Burns of Swiss pharmaceutical company, Roche, stated publicly that recourse to direct-to-consumer ads was "the single worst decision" drug makers had ever made, because of the damage it had done to their image. USC's Capron, formerly director of Ethics, Trade, Human Rights and Health Law at WHO in Geneva, concurs. "DTC has been something of a double-edged sword for [pharmaceutical companies]. It has certainly increased demand, but it has also made companies more vulnerable to the criticism that they are simply trying to maximize profits."

If pharmaceutical companies are on the defensive in the USA, that does not stop them trying to push into markets where direct-to-consumer advertising is not yet permitted. In the countries of the European Union, for example, a concerted effort has been made to lower the barriers to direct access over the past couple of years.