Association between perceived discrimination and physical activity among adolescents

Perceived discrimination is a major producer of stress and social trauma and can have negative effects on the physical and mental health of those exposed to it. This study aims to analyze the direct and indirect association between perceived discrimination and physical activity, mediated by common mental disorders in adolescents. This is a cross-sectional study with 2,484 adolescents (aged 18 and 19 years old) from a cohort in São Luís, Maranhão. Structural equation models were used to verify the direct effect of perceived discrimination on physical activity (PA) and its indirect effect mediated by common mental disorders (CMD). The potential of sex to act as an effect-modifying variable was also tested. Discrimination was associated with higher levels of PA in women (SC - Standardized Coefficient direct =0.105, p-value=0.005), and indirectly associated with lower PA via CMT among men (SCindirect =-0.024, p-value=0.017) and women (SCindirect =-0.024, p-value=0.015). Our findings show the association between perceived discrimination and PA in this population of adolescents, attesting that its effects can alter health behaviors and that gender can modify the relation between these variables.

Discrimination is the distinction or exclusion of groups or individuals in relation to another based on their color or race, ethnicity, age, social condition, disease, disability, religion, gender, or sexual orientation11 Krieger N. Discrimination and Health Inequities. In: Berkman LF, Kawachi I, Glymour MM, editores. Social epidemiology. 2ª ed. New York: Oxford University Press; 2014. p. 63-125.. Discrimination can occur in the daily life of individuals of all age groups, being able to reduce access to goods and opportunities in society22 Williams DR, Lawrence JA, Davis BA, Vu C. Understanding how discrimination can affect health. Health Serv Res 2019; 54(S2):1374-1388..

Perceived discrimination can negatively affect the physical and mental health of those exposed to it. It represents an important source of stress and a type of social trauma22 Williams DR, Lawrence JA, Davis BA, Vu C. Understanding how discrimination can affect health. Health Serv Res 2019; 54(S2):1374-1388.,33 Krieger N. Measures of Racism, Sexism, Heterosexism, and Gender Binarism for Health Equity Research: From Structural Injustice to Embodied Harm-An Ecosocial Analysis. Annu Rev Public Health 2020; 41(1):37-62.. Discrimination can affect health in multiple ways. Among them, exposure to stress can lead to negative emotional states and psychological distress which negatively affect health. Moreover, coping with stress can precipitate unhealthy behaviors and habits, such as alcohol and tobacco use, insomnia, social isolation and withdrawal from social, collective and healthy activities, such as physical activity44 Williams DR, Mohammed SA. Discrimination and racial disparities in health: Evidence and needed research. J Behav Med 2009; 32(1):20-47..

Thus, understanding the possible relation between perceived discrimination and physical activity can emphasize that these factors and their consequences and association can harm the current and future health of individuals exposed to discriminatory situations. Thus, this study aimed to analyze the direct and indirect association of perceived discrimination and physical activity practice, mediated by common mental disorders in adolescents.

Perceived discrimination was assessed by a question with six answer options, adapted from a study by Lopes and Faerstein1616 Lopes CS, Faerstein E. Confiabilidade do relato de eventos de vida estressantes em um questionário autopreenchido: Estudo Pró-Saúde. Rev Bras Psiquiatr 2001; 23(3):126-133.: “Have you ever felt discriminated against in some place or by someone in the past year by your color or ethnicity (1), religion or cult (2), illness or physical disability (3), sexual orientation or preference (4), being a man or being a woman (5), or being rich or poor (6)”. Possible answer options were yes, no, or I do not know. The variable was dichotomized (yes=1 or not=0), ignoring the category “I do not know”. In the collection questionnaire, the term “social or economic condition” was replaced with “being rich or poor”.

These variables were then summed, resulting in a numerical variable with a value from zero to six. Some authors suggest this strategy to increase reliability, reduce idiosyncratic influences of individual items, simplify interpretation, and obtain the best fit of the model1717 Chongming Yang, Nay S, Hoyle RH. Three Approaches to Using Lengthy Ordinal Scales in Structural Equation Models. Appl Psychol Meas 2010; 34(2):122-142..

Adolescents’ gender was considered as a modifying variable of effect in the analysis.

Thumbnail
Figure 1
Theoretical model of the association of perceived discrimination with physical activity.

Descriptive analyses were performed for all variables to estimate absolute and relative frequencies and the Fisher’s chi-square or exact test were employed for differences between proportions, mean, and standard deviation for the numerical variables and the student t-test was used for mean differences according to gender.

To analyze the direct and indirect effect of perceived discrimination on physical activity, the structural equation model was used to analyze the structural relations representing associations between variables. The proposed model was estimated by the Mplus 8 demo software (Inc., Los Angeles, United States), adopting a 5% significance level. The interaction between adolescents’ gender and perceived discrimination was tested. As the interaction effect showed statistical significance, supporting the moderation hypothesis, separate models were tested for men and women.

The adjustment indices used to determine good fit were chi-square with p>0.05, an upper limit of the 95% confidence interval, a mean quadratic approximation error (MRSEA) below 0.08, and a standardized root mean square residual (SRMR) below 0.05. Values higher than 0.95 were used for the comparative adjustment (CFI) and the Tucker Lewis indices (TFI)2424 Kline RB. Principles and practices of structural equation modelling. 4ª ed. New York: The Guilford Press; 2015.. Robust weighted least squares (WLSMV) were used as an estimator.

Adolescents were invited to participate in the research and those who agreed signed informed consent forms. This research meets the criteria of Resolutions no. 466/2012 and no. 510/2016 of the National Health Council and its complementaries and was approved by the Research Ethics Committee of the University Hospital - UFMA under opinion number 1,302,489.

Thumbnail
Table 1
Descriptive characteristics of the sample of adolescents (n=2,484) from a birth cohort from São Luís, Maranhão, Brazil, 2016.

Table 2 shows the correlations between the variables used in the model. The highest correlations were between CMD, perceived discrimination, and PA.

The analysis of the standardized results of the direct, indirect, and total effect (sum of direct and indirect effects) of perceived discrimination on PA showed a direct, positive, and statistically significant association among women (SCdirect=0.105; p=0.005) and an indirect negative association among men (SCindirect=-0.024; p=0.017) and women (SCindirect=-0.024; p=0.015). The total effect of perceived discrimination in CMD-mediated PA among women generated a 0.081 statistically significant standardized coefficient (p=0.025), whereas the total effect was insignificant among men (SCtotal=0.061; p=0.154) (Table 4).

This study contains some limitations. Since this is a cross-sectional study, we should carefully analyze effect direction and causality. Moreover, the questionnaire used to assess perceived discrimination has only one question about each type of direct discrimination, ignoring unfair treatment that adolescents may have suffered. However, at the time of data collection and up to now, the literature lacks instruments validated for Brazil and this age group. Moreover, the instrument used to measure PA was a self-reported questionnaire that depends on individuals recalling information. Thus, adolescents may have had difficulties in accurately estimating the time spent in each modality. Still, the questionnaire we used is the most common to evaluate physical activity among adolescents since it is shows low cost, high reproducibility, and global coverage2626 Lima MFC, Lopes PRNR, Silva RG, Faria RC, Amorim PRS, Marins JCB. Questionários para avaliação do nível de atividade física habitual em adolescentes brasileiros: uma revisão sistemática. Rev Bras Cien Esporte 2019; 41(3):233-240..

The reasons for the positive association between perceived discrimination and PA are still unclear but studies suggest that greater engagement in physical activity among discriminated women is a way of dealing with stress or other mental disorders due to discriminatory situations. Previous studies have indicated that the regular practice of physical activity is positively associated with well-being and negatively associated with stress, depression, and anxiety2727 Schultchen D, Reichenberger J, Mittl T, Weh TRM, Smyth JM, Blechert J, Pollatos O. Bidirectional relationship of stress and affect with physical activity and healthy eating. Br J Health Psychol 2019; 24(2):315-333.

We found no direct association between perceived discrimination and PA among men, which may be due to discrimination resulting in negative health behaviors, such as alcohol consumption, illicit drug use, and risky sexual behavior3131 Unger JB, Soto DW, Baezconde-Garbanati L. Trajectories of perceived discrimination from adolescence to emerging adulthood and substance use among Hispanic youth in Los Angeles. Addict Behav 2016; 53:108-12.

32 Martin-Storey A, Benner A. Externalizing Behaviors Exacerbate the Link between Discrimination and Adolescent Health Risk Behaviors. J Youth Adolesc 2019; 48(9):1724-1735.-3333 Sanchez D, Whittaker TA, Hamilton E. Perceived Discrimination, Peer Influence and Sexual Behaviors in Mexican American Preadolescents. J Youth Adolesc 2016; 45(5):928-944.. These results may also be due to the very trajectory of physical activity among adolescents. A study3434 Farooq MA, Parkinson KN, Adamson AJ, Pearce MS, Reilly JK, Hughes AR, Janssen X, Basterfield L, Reilly JJ. Timing of the decline in physical activity in childhood and adolescence: Gateshead Millennium Cohort Study. Br J Sports Med 2018; 52(15):1002-1006. developed in England showed an overall decline in this practice among its participants since they were aged seven years old onward. Only one group (19% of the boys) had a high level of moderate or vigorous physical activity, which remained stable between seven and 15 years of age.

Psychological inflexibility can also explain this indirect association, an effect defined as the difficulty of changing perceptions or making certain decisions, even when the environment evinces their advantages. This effect may be present in situations of suffering and in anxiety conditions, such as CMD3737 Cunha M, Santos AM. Avaliação da Inflexibilidade Psicológica em Adolescentes: Estudo das qualidades psicométricas da versão portuguesa do Avoidance and Fusion Questionnaire for Youth (AFQ-Y). Laboratório Psicol 2011; 9(2):133-146..

Thus, experienced psychological inflexibility can heighten perceived stressors and their effects on individuals’ behaviors. The discrimination suffered, which would perhaps have failed to substantially change PA practice, may be a significant source of stress in people who are more vulnerable to CMD, leading to several possible effects, among them, PA reduction.

This study showed a direct and positive association between perceived discrimination and PA between women and an indirect association, mediated by CMD, between men and women, showing that the effects of this relation can differently affect the physical health of this age group depending on individuals’ gender. Thus, our results indicate that perceived discrimination may be associated with the practice of physical activity among adolescents, affecting health behaviors in individuals who need to deal with social pressures and body changes affecting their physical and mental health. Although the positive association and causality of this effect are still unclear, perceived discrimination is an event that can bring several harms to health. Thus, we need programs to combat discrimination and identify and treat mental disorders among adolescents, policies which may contribute to increasing PA practice in this age group.

We would like to thank the Fundação de Amparo à Pesquisa do Estado Maranhão (FAPEMA, notice of support for the publication of articles) and the Coordenação de Aperfeiçoamento de Pessoal de Nível Superior - Brazil (CAPES) - Financing Code 001, to the Graduate Program in Collective Health of UFMA.

Figure 1   Theoretical model of the association of perceived discrimination with physical activity.

Figure 2   Structural equation model of the effects of perceived discrimination on physical activity by gender. 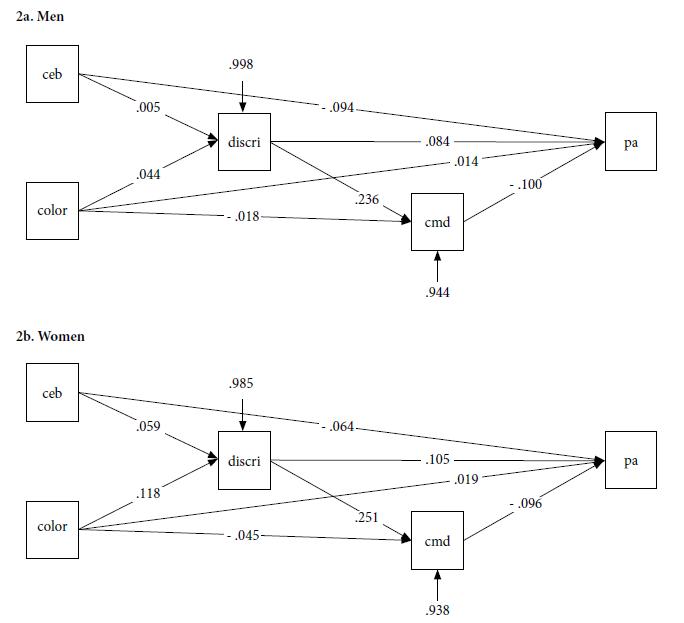 Table 1   Descriptive characteristics of the sample of adolescents (n=2,484) from a birth cohort from São Luís, Maranhão, Brazil, 2016.