Outcomes data on Non-Small Cell Lung Cancer (NSCLC) are scarce with regard to the private health care in Brazil. The aim of this study was to describe the characteristics, treatments performed, and the survival of patients with NSCLC in a Brazilian private oncologic institution.

Medical charts from patients treated between 1998 and 2010 were reviewed, and data were transferred to a clinical research form. Long-term follow-up and survival estimates were enabled through active surveillance.

The outcomes described are favorably similar to the current literature from developed countries. Besides the better access to health care in the private insurance scenario, most patients are still diagnosed in late stages.

Unlike the U.S. data, the incidence and mortality in Brazil follow an upward curve, with progressively higher diagnostic and mortality rates. It is noteworthy that non-small cell lung cancer (NSCLC), the subject of this article, represents about 80% of cases and mainly comprises the adenocarcinoma, squamous cell carcinoma and large cell carcinoma subtypes66 . Travis WD. Pathology of lung cancer. Clin Chest Med 2002; 23(1):65- 81..

Most advances in the treatment of lung cancer came from international cooperative groups, which indicates the need to validate this information locally. Furthermore, data on outcomes in NSCLC were little explored in the context of private healthcare in Brazil so far. For this reason, we proposed a retrospective study in order to evaluate patients served at a Brazilian private health institution for a period of 12 years. This information is essential for the understanding of local outcomes and may guide the best allocation of resources in the medium term.

This is a retrospective study conducted by evaluating medical records of patients diagnosed with NSCLC treated in a Brazilian private health institution. For data collection, a clinical form that included characteristics such as age, performance status (PS), presence and degree of weight loss, stage of disease at diagnosis, date of diagnosis, histological type, primary surgery (if performed) and current disease situation, was standardized.

PS was categorized from 0 to 4, according to the scale from the Eastern Cooperative Oncology Group (ECOG)77 . Oken MM, Creech RH, Tormey DC, Horton J, Davis TE, McFadden ET, et al. Toxicity and Response Criteria of the Eastern Cooperative Oncology Group. Am J Clin Oncol 1982; 5(6): 649-55.. Fully active and asymptomatic patients were categorized as PS 0, while those with minimal symptoms were defined as PS 1. PS 2 was used to define patients incapable of performing work activities and who remained seated or laid down for less than half the day. Bed-ridden patients or those who remained seated for more than half of the day, dependent on help for personal care activities, were defined as PS 3. PS 4 comprised completely incapable of self-care, bed-ridden patients.

The staging was defined according to the sixth edition of the American Joint Committee on Cancer (AJCC)88 . Thorax. In: Edge SB. American Joint Comission on Cancer. Cancer Staging Handbook (Springer), 6th edition, 2002: 189-210.. Patients with malignant pleural or pericardial effusion (the old "wet" stage IIIB) were included in the category of patients in stage IV. Regarding chemotherapy, the drugs used in each situation, the date of the cycles and the date of death or the last visit at the institution were recorded. Among patients treated with palliative chemotherapy, details of the first palliative treatment (first line) and, when present, of the subsequent systemic therapies (second line), were verified. When patients did not present a frequent follow-up or when the date of death was not found in medical records, patients or relatives were contacted by telephone to update follow-up information or to verify the date of death. No searches in the Mortality Information System (SIM) were performed. The data collected were stored in spreadsheets in the Access software, and analyzed using SPSS 17.0 (SPSS Inc., California, USA).

The primary objective of this study was to describe the basic characteristics and the treatments carried out. As secondary objectives, we analyzed the overall survival rate (OSR) of patients stratified by tumor stage, and, in the subgroup of patients treated with palliative chemotherapy, estimated survival according to the presence of known prognostic factors.

Patients with NSCLC confirmed by pathological examination (histology or cytology) receiving care at the Integrated Oncology Clinics Group (COI) between December 1998 and June 2010 were included. The exclusion criteria defined was the presence of other concurrent malignancies within five years preceding the diagnosis of lung cancer, except non-melanoma skin cancer and cervical cancer with more than three years of control. Also ineligible were patients who had received prior treatment for lung cancer at other institutions (public or private). These criteria are commonly used in the literature, and allow the reduction of selection biases that could impact the prognosis. The results are presented in two sections, the first involving the entire study cohort represented by 566 patients, and the second comprising the subcohort treated with palliative chemotherapy, that included 339 patients.

The distribution of the OSR was estimated by the Kaplan-Meier method and defined as the time interval between diagnosis and death. Among patients undergoing palliative chemotherapy, survival was estimated as the interval between the start of treatment and death. Follow-up time was calculated from the medians of the intervals. The variable of interest was death from any cause, including lung cancer. For live patients or those who lost follow-up, data were censored at the date of last contact. Analysis of variables for survival was performed using the log-rank method, considering the following variables of interest: age, sex, PS, weight loss, smoking, histology and tumor stage. Multivariate analysis was not performed due to the primarily descriptive nature proposed here. The curves of overall survival rates and those for which more marked differences were observed were presented graphically. Statistical significance was indicated by p-value ≤ 0.05.

This study was approved by the local research ethics committee and the non-use of an informed consent form was properly justified. The ethical aspects are in accordance with the Resolution CNS 196/96 (DO. No. 201, October 16, 1996) and its complementary resolutions.

10 . Booth CM, Shepherd FA, Peng Y, Darling GE, Li G, Kong W, et al. Adoption of adjuvant chemotherapy for non-small-cell lung cancer: a population-based outcomes study. J Clin Oncol 2010; 28(21): 3472-8. - 1111 . Kawagushi T, Matsumura A, Fukai S, Tamura A, Saito R, Zell JA, et al. Japanese ethnicity compared with caucasian ethnicity and never-smoking status are independent favorable prognostic factors for overall survival in non-small cell lung cancer: a collaborative epidemiologic study of the National Hospital Organization Study Group for Lung Cancer (NHSGLC) in Japan and a Southern California Regional Cancer Registry databases. J Thorac Oncol 2010; 5(7): 1001-10. and are essential today for a critical and responsible analysis of the incorporation of new strategies and technologies in these countries. In Brazil, these tools gain additional importance with the need to demonstrate the true impact of these incorporations, as well as requiring cost-effectiveness and budget impact locally. In this project, 566 cases of NSCLC treated in a Brazilian private health institution were reviewed. This information will compose the basis for future comparisons, especially with the introduction of new technologies and the incorporation of the seventh AJCC classification for staging.

Among the strengths of this study, we can highlight the long follow-up period and the relatively high number of patients. Furthermore, the use of an objective outcome such as OSR allowed a better access to data. As mentioned in Materials and Methods, active search by telephone was performed to optimize the tracking of information on follow-up and death. We also decided to exclude patients who started treatment at other institutions. With that, we reduce the possibility of selection biases, since the information on patients with worse prognoses could be ignored. Furthermore, the data presented here indicate outcomes that are representative of daily practice, in contradiction to the environment of clinical trials, characterized by a restricted inclusion of patients1212 . Berger ML, Mamdani M, Atkins D, Johnson ML. Good research practices for comparative effectiveness research: defining, reporting and interpreting nonrandomized studies of treatment effects using secondary data sources: the ISPOR Good Research Practices for Retrospective Database Analysis Task Force Report - part I. Value Health 2009; 12(8): 1044-52.. Moreover, the long time of entry of patients in the study may consist of a limitation, since there has been progress in diagnosis and treatment methods over the years, and perhaps not all patients have had equal access. Another weakness was the non-performance of search on SIM to confirm the date of death in this cohort.

In our survey, we found clinical characteristics and therapeutic strategies that are approximate to those described in developed countries. As an example, the median age found (65 years), the percentage of male patients (59.4%) and the percentage of nonsmokers (16.4%) are close to the data registered in countries like England and Canada99 . Rich AL, Tata LJ, Stanley RA, Free CM, Peake MD, Baldwin DR, et al. Lung cancer in England: information from the National Lung Cancer Audit (LUCADA). Lung Cancer 2011; 72(1): 16-22. , 1010 . Booth CM, Shepherd FA, Peng Y, Darling GE, Li G, Kong W, et al. Adoption of adjuvant chemotherapy for non-small-cell lung cancer: a population-based outcomes study. J Clin Oncol 2010; 28(21): 3472-8.. Still, this study found a predominance of adenocarcinoma (59.1%), which is consistent with the literature. The high rate of patients diagnosed at advanced stages (79.6% in stage III/IV) is a fact that raises interest. Although consistent with the literature, one would expect a higher proportion of patients with early diagnosis in the context of private health. As a rule, these patients have faster access to health care, as well as to examinations, compared to patients without health insurance coverage. This information also supports the need to prioritize primary prevention measures - such as anti-smoking campaigns - as well as early detection strategies.

Patients treated in a Brazilian private oncologic institution had characteristics and outcomes similar to those described in developed countries. A high proportion of patients diagnosed at advanced stages raises interest to the need of prioritizing measures for primary prevention (such as tobacco control campaigns), as well as new strategies for early diagnosis. The survival rates of patients treated with palliative chemotherapy is similar in data from international literature and shows to be superior to national public health services. 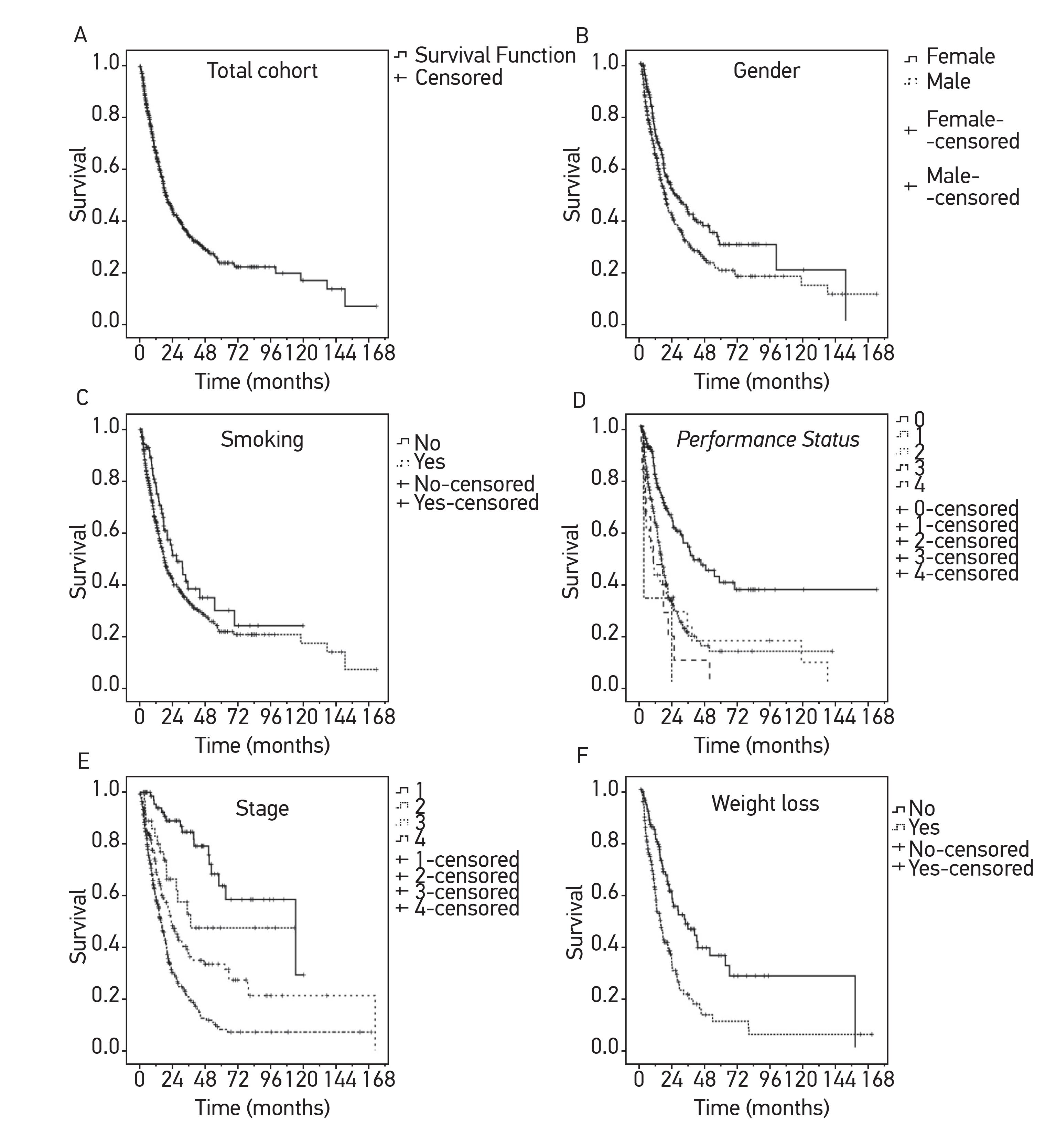 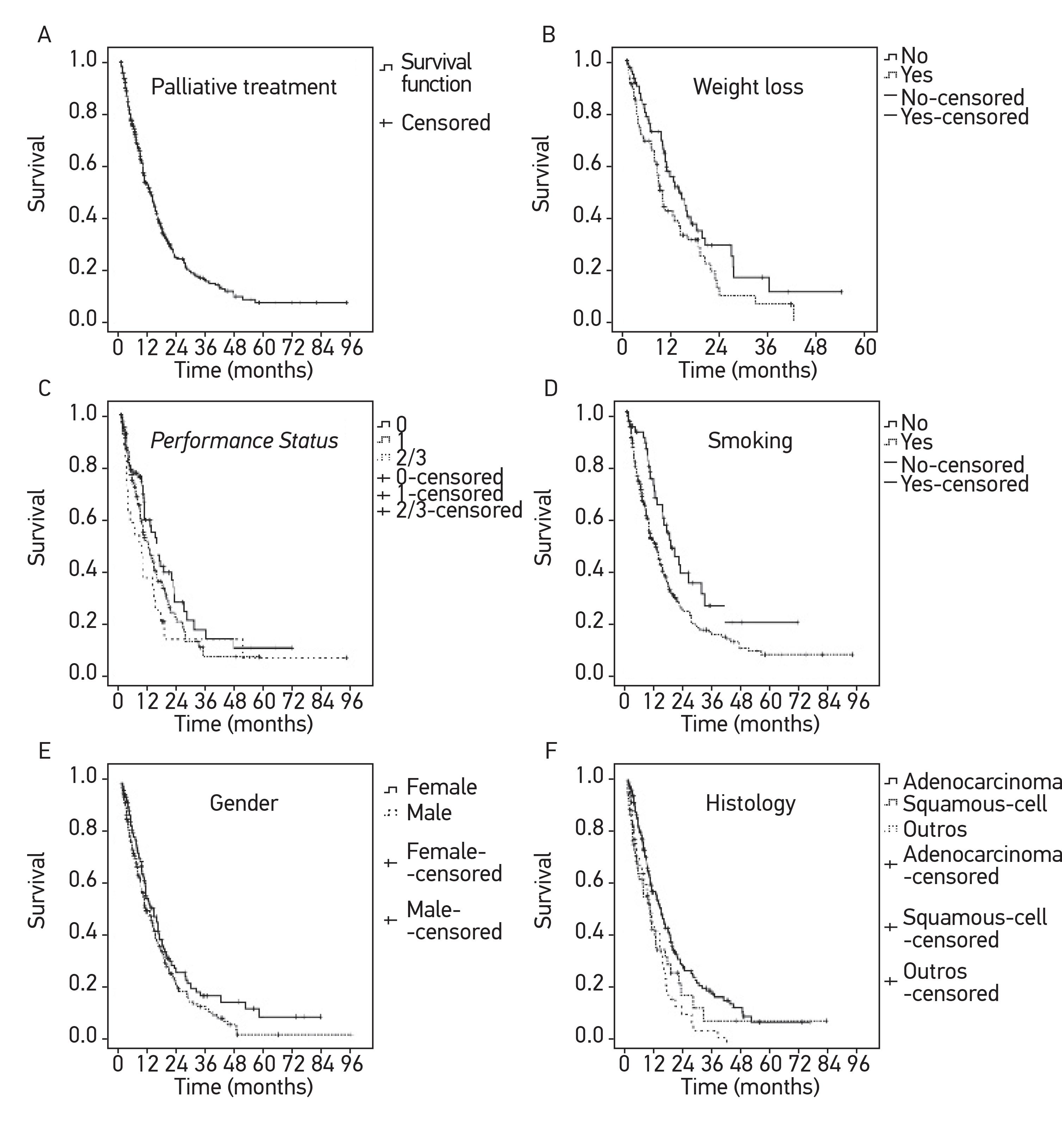 Table 1   Baseline characteristics of patients evaluated between 1998 and 2010.