Combating malnutrition is among the greatest health challenges and needs to be guided by the reality of each region. Studies that assess nutritional status are essential to support interventions, especially in children.

To analyze the nutritional status of under-five children attended by the family health strategyin the state of Maranhao.

Cross-sectional study with children of a sample of probabilistic and stratified representative for the state, six to 59 months. The variables age of the child, gender, household situation and Food Insecurity (Brazilian Scale of Food Insecurity) classification were collected through interviews. The z-score (Z) values ​of height for age, weight for height and Body Mass Index (BMI) for age were calculated.Thenutritional status of the children was classified according to the norms of the Ministry of Health. Statistical methods of correlation were used to analyze the data.

Chronic malnutrition can still be considered a public health problem despite the nutritional transition that already occurs in these families.

Considering the characteristics of Maranhão, studies on the nutritional status and food safety of children under five years allow to improve the judgment of health situation in the State, as well as to identify determining factors of such diseases. These aspects are relevant and can be considered when evaluating effectiveness and discussing the reformulation of public policies1616. Engstrom EM, Castro IRR De. Monitoramento em nutrição e saúde: articulação da informação com a ação. Saúde Rev 2004; 6(13): 45-52., in addition to possible contributions to other fields of science1717. Flores LS, Gaya AR, Petersen RDS, Gaya A. Trends of underweight, overweight, and obesity in Brazilian children and adolescents. J Pediatr 2013; 89(5): 456-61. http://dx.doi.org/10.1016/j.jped.2013.02.021
http://dx.doi.org/10.1016/j.jped.2013.02... . In addition, the incentive to expand and consolidate basic care through the FHS can and should provide important collaboration when it comes to identifying risk situations and food/nutritional orientation.

That being said, the objective of this study was to analyze the nutritional epidemiological profile of children under five years old assisted by FHS in the State of Maranhão and to verify if the nutritional transition process is already ongoing in this population, including families that present food insecurity.

Cross-sectional study with data collection between July and September 2010, conducted with children aged 6 to 59 months serviced by FHS in the four geographic macroregions of the State of Maranhão (Santa Inês, Caxias, Imperatriz and Pinheiro) and in the capital, São Luís.

The probabilistic, stratified sample was designed to guarantee the representativeness of each microregion of the State and the capital. The lot of sample unit for each geographical area was processed in four stages. First, the municipality was considered, with five being chosen by region, totaling 20 municipalities plus the capital. Subsequently, FHS teams were considered based on the list provided by the Municipal Health Secretaries, when three teams were randomly picked per municipality, with no distinction between urban and rural areas. Community health agents and families under their care and with children in the required age range were also drawn. If a household had more than one child aged 6 to 59 months, the youngest one would be chosen.

Children whose caregivers reported, at the time of data collection, that they were diagnosed with sickle cell anemia or were twin were excluded from the sample. After data collection, 10 children were excluded because they had Z scores of weight for height (zW), height for age (zH) and body mass index for age (zBMI) higher than 4.5 or lower than -4.5 due to data inconsistency.

The weight was measured using Omron® scale model HBF-510, with a capacity for 150kg and graduations of 100 g. Children under two years old were weighed with their mother and then their weight was counted against the mother’s. To measure height of children older than 2 years, the Alturexata® anthropometer was used, ranging from 0 to 2.13 m with subdivisions of 0.1 cm. Children under 2 years of age were measured in the horizontal position with a 100 cm width Rollametre® infantometer. All children were measured and weighed barefooted and wearing light clothing. Two measures of weight and height were made and, when the weight measurements differed in more than 100 g and height in more than 1.0 cm, new measurements were performed. Data were annotated in the questionnaire and the mean of measurements was used for the analysis.

For collection of other information, interviews were conducted by a trained interviewer, at the participants’ households, and primarily with the biological mother of the child. Inthe absence of this character, the person in charge of the child or the caregiver would be interviewed. Variables considered were age and gender of the child, household situation (urban or rural), and household classification of Food Insecurity.

In order to diagnose food insecurity, the Brazilian Food Insecurity Scale (EBIA) was used. This is a subjective method to evaluate how families feel and react to the expectation of food (in)security, that is, related to the risk of hunger, subjectively constructed by the very experience of food deprivation conditioned by economic and social adversities of the family2222. Oliveira JS, Lira PIC, Maia SR, Sequeira LAS, Amorim RCA, Batista Filho M. Insegurança alimentar e estado nutricional de crianças de Gameleira, zona da mata do Nordeste brasileiro. Rev Bras Saúde Mat Infantil 2010; 10(2): 237-45. http://dx.doi.org/10.1590/S1519-38292010000200011
http://dx.doi.org/10.1590/S1519-38292010... . The questionnaire consists of 15 closed questions with positive and negative answers. For each positive response, a value of 1 was assigned, and to each negative response, zero, so the score ranged from 0 to 15 points and was used to classify the food insecurity situation in households at four levels: food security (0 points), food insecurity (1 to 5 points), moderate food insecurity (6 to 10 points) and severe food insecurity (11 to 15 points).

Analyses of correlation were performed according to the existing hypotheses, using Z Score for height and BMI as response variable. Age, sex, area of residence (urban and rural) and diagnosis of food insecurity score were also used as variables.

The present study was approved by the Research Ethics Committees of the participating institutions and sticked to the norms of Resolution 466/2012 by the National Health Council and amends on research involving human beings.

The 956 children of the sample were aged 6 to 59 months, with mean of 29 months and standard deviation of 0.5. Distribution according to sex was similar (50.3% boys) and about one third of the subjects lived in the rural area.

Thumbnail
Table 1.
Distribution of nutritional status according to z score of height for age, weight for height, and body mass index for age in children under five years old. Maranhão, 2010.

Thumbnail
Figure 1.
Evolution of Z score of height for age according to the age of children under five years old. Maranhão, 2010.

Thumbnail
Figure 2.
Distribution of Z-score of height for age and body mass index for age according to region of residence - rural and urban - of children under five years old. Maranhão, 2010.

As for “food insecurity”, 29.6% (283) of the children presented were considered to be in food security situation, as 32.3 (309), 22.6 (216) and 15.5% (148) were in mild, moderate and severe level, respectively. The correlation analysis showed that children whose families had the highest EBIA score - which reflects higher food insecurity - had lower height Z score (p <0.0001, Figure 3). No correlation between this variable and BMI Z score was found.

Thumbnail
Figure 3.
Correlation between Z-score of height for age and food insecurity score for children under five years old. Maranhão, 2010.

As for nutritional status, we report a significant prevalence of overweight among children (20.2% above eutrophy), when assessed by Z scores of weight for height and sex and also by zBMI (23.2%). Once the Z score is calculated, both parameters are corrected for age and gender. In this case, it can be considered that BMI calculation, which involves height squared, justifies the small difference observed in the proportion of children diagnosed with overweight in both parameters. BMI Z score is recommended for diagnostic screening because it is more sensitive in population studies3131. World Health Organization. WHO Child Growth Standards: Length/ height-for-age, weight-for-age, weight-for-length, weight-for-height and body mass index-for-age. Methods and development. Genebra: World Health Organization; 2006..

Finally, one should note that, although there are children with very low Z scores, compatible with diagnosis of thinness or marked thinness, this prevalence does not exceed the expected by WHO standards, representing a population under five years of age considered normal1818. World Health Organization. Child Growth standards: Length/heigth-for-age, weigth-for-age, weigth-for-length and body mass index-for-age. Methods and development. Genebra: World Health Organization; 2006.in terms of growth.

A significant part of the families (70.4%) had some degree of food insecurity, which is much higher than data found for Brazil as a whole (22.6%) and in the State of Maranhão, as a national survey reported improvement in this condition from 2009 (31.2%) to 2013 (23.7%)3636. Instituto Brasileiro de Geografia e Estatística. Pesquisa Nacional de Amostra por Domicílio: segurança alimentar. Rio de Janeiro: Instituto Brasileiro de Geografia e Estatística; 2010..

From these findings, it is evident that there is a need for greater articulation to incorporate intersectoriality into public policies aimed at promoting food and nutritional security in Maranhão. The aim is to improve the planning of actions, considering the particularities of this population and involving all aspects foreseen by SUS: health promotion and protection, health surveillance, prevention, diagnosis and treatment of existing diseases and disorders3737. Alves KPS, Jaime PC. A Política Nacional de Alimentação e Nutrição e seu diálogo com a Política Nacional de Segurança Alimentar e Nutricional. Ciênc Saúde Coletiva 2014; 19(11): 4331-40. https://doi.org/10.1590/1413-812320141911.08072014
https://doi.org/10.1590/1413-81232014191... .

In the under-five population of Maranhão, the prevalence of thinness or marked thinness can be considered very low, while the high prevalence of overweight is concomitant with short height occurrence.

On the whole, interpreting these facts leads to concluding that, in Maranhão, chronic malnutrition can still be considered a public health problem despite the nutritional transition that has occurred among families of lower socioeconomic level, possibly as a result of the gradual improvement of income and access to education and health resources, probably consequence of social protection policies.

On the other hand, the nutritional profile and food insecurity score reflect the need to intensify actions aimed at the integral care of the child, not only individually, but also considering the environment surrounding them, in order for the human right to adequate food be ensured.

Figure 1.   Evolution of Z score of height for age according to the age of children under five years old. Maranhão, 2010. 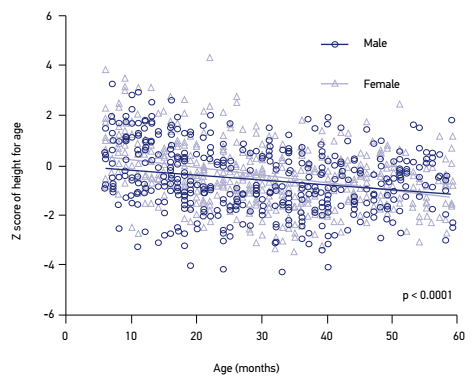 Figure 2.   Distribution of Z-score of height for age and body mass index for age according to region of residence - rural and urban - of children under five years old. Maranhão, 2010.

Figure 3.   Correlation between Z-score of height for age and food insecurity score for children under five years old. Maranhão, 2010. 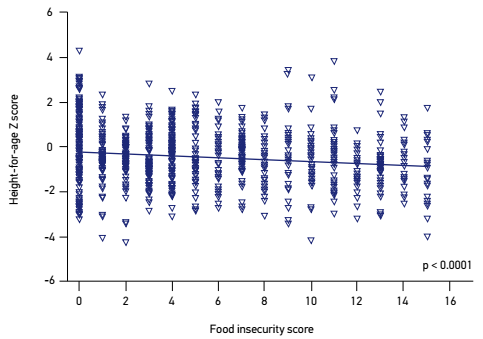 Table 1.   Distribution of nutritional status according to z score of height for age, weight for height, and body mass index for age in children under five years old. Maranhão, 2010.