The Chilean Ministry of Health recently disclosed the first results of the 2016–2017 National Health Survey (Encuesta Nacional de Salud, ENS). The survey was cross-sectional and used a multistage stratified random sampling strategy resulting in a final sample of 6 233 persons ≥ 15 years old, with national, regional, and urban/rural representativeness. The survey results show consistent reductions in tobacco consumption compared to previous national health surveys (ENS 2003 and ENS 2009–2010), most likely due to stringent tobacco control policies enacted in the last 10 years. However, the results also show that there were alarming increases in obesity in the last 15 years. Stronger regulatory policies may be needed to curb the obesity epidemic that besets Chile, along the lines of what was done with tobacco use. The lesson learned seems to be that pushing for stronger policy measures leads to good results, as seems to be the case for tobacco use, while weak measures may not be sufficient for the scale of the health epidemics Chile is now facing, such as excess weight.

Recently, the Chilean Ministry of Health presented the first results of the 2016–2017 National Health Survey (Encuesta Nacional de Salud, ENS), also known as the Third National Health Survey or “ENS 2017” (11. Ministerio de Salud (CL). Tercera Encuesta Nacional de Salud establece prioridades sanitarias para la próxima década. 22 Nov. Santiago: MINSAL; 2017. Available from: http://www.minsal.cl/tercera-encuesta-nacional-de-salud-establece-prioridades-sanitarias-para-la-proxima-decada/ Accessed on 24 June 2018.
http://www.minsal.cl/tercera-encuesta-na... ). The fieldwork for this survey was conducted between August 2016 and March 2017. The first publicly disclosed tabulations show good and bad news for the country and its policymakers and most certainly will set the tone for future decisions. The good news is that tobacco consumption shows consistent reductions compared to previous national health surveys, most likely determined by stringent tobacco control policies enacted in the last 10 years. The bad news is that obesity has increased alarmingly in the last 15 years. Stronger regulatory policies may be needed to curb the obesity epidemic that besets Chile, along the lines of what was done with tobacco use.

While the full database and final methods report for ENS 2017 are still not available, there are two important findings that are worthwhile highlighting and putting into context with the previous health surveys (ENS 2003 and ENS 2009–2010 (“ENS 2010”)) and with comparative international figures: the reduction of smoking and the increase of obesity. Both conditions have been targeted by policy efforts in Chile because they are known public health challenges and major cardiovascular risk factors, so how they respond to implemented interventions provides important insights on what works and what should be prioritized. This article 1) compares survey results on smoking and overweight/obesity in Chile based on three national health surveys (ENS 2003, ENS 2010, and ENS 2017), and 2) analyzes the impact of national health interventions—particularly intersectoral policies and regulations—on the prevalence of these two important public health challenges.

According to 2016 World Bank data, Chile has a population of 17.91 million, a life expectancy at birth of 80 years, a fertility rate of 1.8, and a mortality rate in the under-5 age group of 8 per 1 000 live births (22. World Bank. World Development Indicators database: country profile, Chile [Internet]. Washington: World Bank; c2018. Available from: http://databank.worldbank.org/data/views/reports/reportwidget.aspx?Report_Name=CountryProfile&Id=b450fd57&tbar=y&dd=y&inf=n&zm=n&country=CHL Accessed on 24 June 2018.
http://databank.worldbank.org/data/views... ). Chile has been a member of the Organisation for Economic Co-operation and Development (OECD) since 2009. The OECD data for Chile show that the country has a gross domestic product for 2016 of US$ 24 013 per capita and has one of the highest levels of disparity in the OECD, outranked only by China, India, and South Africa (33. Organisation for Economic Co-operation and Development. OECD economic surveys: Chile 2018 [Internet]. Paris: OECD Publishing; 2018. Available from: http://dx.doi.org/10.1787/eco_surveys-chl-2018-en Accessed on 24 June 2018.
http://dx.doi.org/10.1787/eco_surveys-ch... ).

The Third National Health Survey (ENS 2017) was cross-sectional using a multi-stage stratified random sampling strategy, resulting in a final sample of 6 233 persons ≥ 15 years old with a national, regional, and urban/rural representativeness. The main survey included 576 questions covering 40 health conditions, 35 risk and protective factors, and nine additional health problems. Two other questionnaires were also administered—one to diagnose mental disorders in the over-18-year-old population, and one for child caretakers to detect developmental delay. In addition, 25 biometric measures were collected for 5 520 survey participants. The sex distribution of the sample was 62.9% women and 37.1% men, and 23.7% had fewer than eight years of formal education, 53.3% had between 8 and 12 years, and 22% had 12 or more years of schooling.

MALNUTRITION FROM EXCESS GETS WORSE

The bad news from the ENS 2017 preliminary results was nutritional status, which was alarming, with 3 of every 4 people sampled showing some type of malnutrition from excess. Specifically, 39.8% were overweight, 31.2% were obese, and 3.2% were morbidly obese. Only 1 in 4 (24.5%) of the sampled population had a normal weight (body mass index between 18.5 and 24.9 kg/m2). Women had higher levels of obesity than men (33.7% versus 28.6%), and there was a persistent reduction of normal weight with increasing age. While more than half (54.0%) of young people (15–19 years old) had a normal weight, this proportion dropped to 37.7% in the 20–29-year group, and again in later adulthood, with only 1 in 6 people 30–64 years old having a normal weight. There was an inverse correlation between malnutrition from excess and years of education, with the proportion of individuals with normal weight lowest in those with less than eight years of schooling, suggesting a significant health equity problem. Compared to the results for ENS 2003, the rates of obesity have increased strikingly (Table 1).

The country has moved in the right direction with regard to smoking, with even young people reporting lower rates of smoking. Nutrition status, however, appears dismal, with the risk of normalizing obesity on Chile's doorstep. The likely reasons for these contradictory results are examined below.

The case of tobacco

The question remains whether these policies actually led to lower rates of smoking among youth and the adult population. This has yet to be explored in Chile. Ecological studies, which can provide insight on tobacco control and smoking prevalence, could be conducted to help confirm this very important association using the results of the ENS 2017. Cross-sectional studies would also be useful. A multi-country cross-sectional study with a very interesting design (community audits and surveys of adult smokers 35–70 years old) found an association between tobacco control policy implementation and quit rates (former versus ever smokers) (88. Chow CK, Corsi DJ, Gilmore AB, Kruger A, Igumbor E, Chifamba J, et al. Tobacco control environment: cross-sectional survey of policy implementation, social unacceptability, knowledge of tobacco health harms and relationship to quit ratio in 17 low-income, middle-income and high-income countries. BMJ Open. 2017;7(3):e013817. doi: 10.1136/bmjopen-2016-013817.
https://doi.org/10.1136/bmjopen-2016-013... ). This study, which included Chile in the sample, concluded that implementation of tobacco control measures is generally poor, but that higher quit ratios are related to more extensive controls, greater social unacceptability of smoking, and greater knowledge of smoking harms.

Another study based on data from the Global Youth Tobacco Survey found that exposure to tobacco marketing is positively and significantly associated with both smoking intensity and the probability of experimenting with tobacco (99. Plamondon G, Guindon GE, Paraje G. Exposición a la publicidad de tabaco y consumo de tabaco en adolescentes en América del Sur. Salud Publica Mex. 2017;59 Suppl 1(Suppl 1):80–7. doi: 10.21149/7735.
https://doi.org/10.21149/7735... ). The ENS 2017 results for the younger age groups could provide fresh and robust evidence to support this association, as marketing of tobacco products in Chile was severely curtailed after enactment of Law 20.660.

Obesity is knocking on our door

Obesity, smoking, and sedentary lifestyles, among other factors, are well-known risk factors for diabetes and cardiovascular disease (1111. World Health Organization. Global status report on noncommunicable diseases 2014. Geneva: WHO; 2014. Available from: http://www.who.int/nmh/publications/ncd-status-report-2014/en/
http://www.who.int/nmh/publications/ncd-... ). A recently published study that looked at the impact of tobacco use, sedentary lifestyles, obesity, and alcohol consumption on diabetes in the Chilean population, using data from ENS 2010, found that about 23% of the population-attributed fraction of diabetes could be prevented if obesity did not exist (1818. Bertoglia MP, Gormaz JG, Libuy M, Sanhueza D, Gajardo A, Srur A, et al. The population impact of obesity, sedentary lifestyle, and tobacco and alcohol consumption on the prevalence of type 2 diabetes: analysis of a health population survey in Chile, 2010. PLoS One. 2017;12(5):e0178092. doi: 10.1371/journal.pone.0178092.
https://doi.org/10.1371/journal.pone.017... ). The cross-sectional CESCAS I study conducted in Argentina, Chile, and Uruguay found a high prevalence of diabetes that was significantly associated with older age, lower educational attainment, and overweight and obesity, among other factors (1919. Irazola V, Rubinstein A, Bazzano L, Calandrelli M, Chung-Shiuan C, Elorriaga N, et al. Prevalence, awareness, treatment and control of diabetes and impaired fasting glucose in the Southern Cone of Latin America. PLoS One. 2017;12(9):e0183953. doi: 10.1371/journal.pone.0183953.
https://doi.org/10.1371/journal.pone.018... ).

In the case of Chile, the impact of health warning labels on the consumption of unhealthy foods is yet to be explored. A recent study found that front-of-package content for many of these foods includes child-directed marketing (e.g., popular children's characters) along with health-oriented appeals, suggesting a disconnect between health policy and marketing messages (2525. Mediano Stoltze F, Barker JO, Kanter R, Corvalán C, Reyes M, Taillie LS, et al. Prevalence of child-directed and general audience marketing strategies on the front of beverage packaging: the case of Chile. Public Health Nutr. 2018;21(3):454–64. doi: 10.1017/S1368980017002671. Epub 2017 Nov 2.
https://doi.org/10.1017/S136898001700267... ). The effect of taxes also requires further research. Given the correlation between higher taxes and health impact, Chile's 5% levy on sugar-sweetened nonalcoholic beverages may need to be increased to deter consumers from high-energy foods and sugar-sweetened beverages.

People in Chile are not happy with the first results of the 2017 National Health Survey. After so many efforts to boost the public health system after decades of market-oriented policies in the sector, it would appear that the health ministry's job of making our population healthier is not producing the expected results. While investing in the health care system is always important, it appears that today the challenges our country faces must be approached with intersectoral policy measures. The lesson learned for us is that pushing hard policy measures leads to good results, as might be the case of tobacco use, while weak measures may not be sufficient for the scale of the health epidemics we are now facing, such as excess weight. Probably in the next national survey, we can expect to see the effects of the second generation of policies put in place in Chile to curb obesity. This is just another expression of the need for health in all policies, as the World Health Organization correctly points out.

This is an open access article distributed under the terms of the Creative Commons Attribution-NonCommercial-NoDerivs 3.0 IGO License, which permits use, distribution, and reproduction in any medium, provided the original work is properly cited. No modifications or commercial use of this article are permitted. In any reproduction of this article there should not be any suggestion that PAHO or this article endorse any specific organization or products. The use of the PAHO logo is not permitted. This notice should be preserved along with the article's original URL. 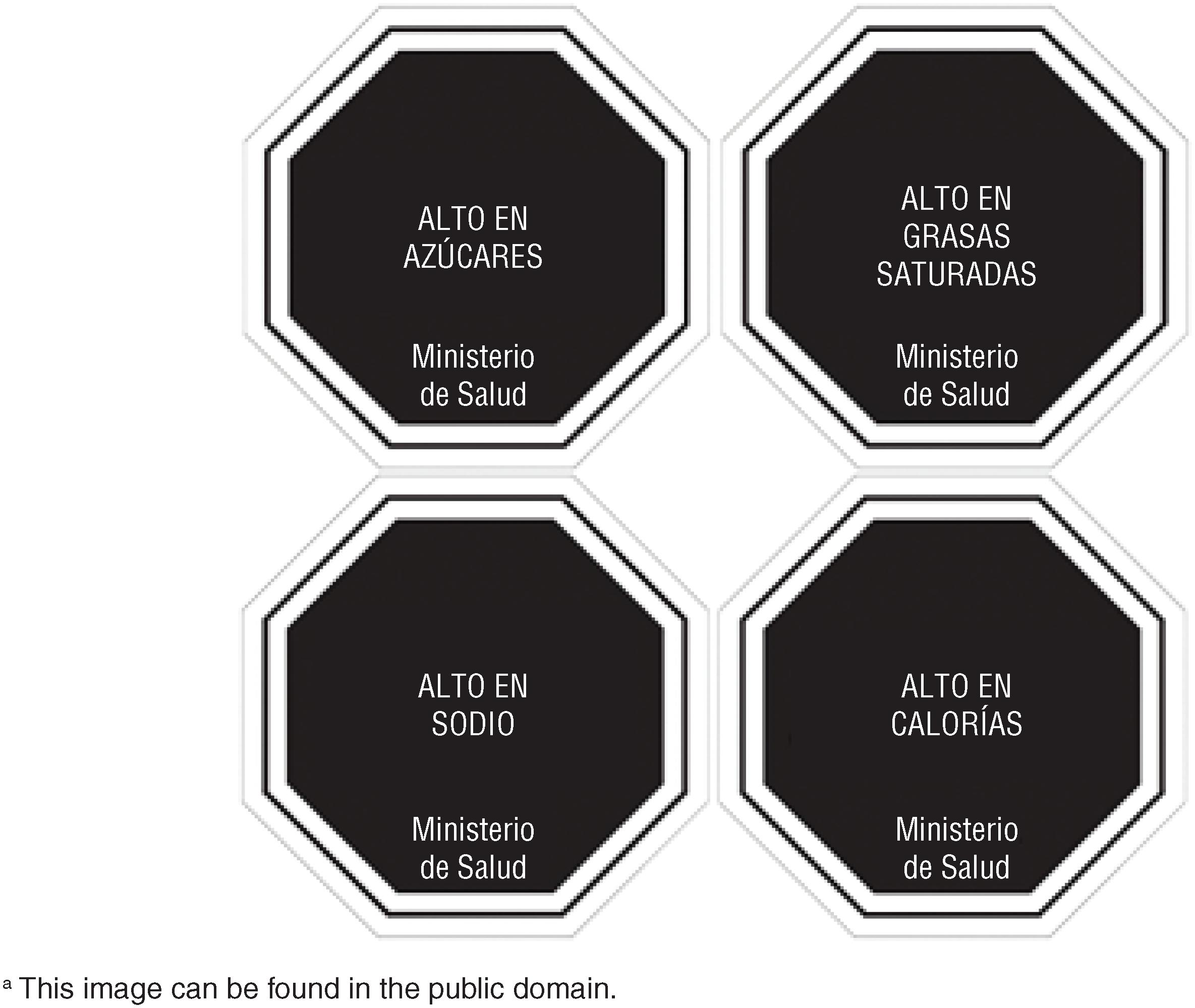