Functional disability of adults in Brazil: prevalence and associated factors

To estimate the prevalence and factors associated with functional disability in adults in Brazil.

We used information from the health supplement of the National Household Sample Survey in 2008. The dependent variable was the functional disability among adults of 18 to 65 years, measured by the difficulty of walking about 100 meters; independent variables were: health plan membership, region of residence, state of domicile, education level, household income, economic activity, self-perception of health, hospitalization, chronic diseases, age group, sex, and color. We calculated the gross odds ratios (OR), and their respective confidence intervals (95%), and adjusted them for variables of study by ordinal logistic regression, following hierarchical model. Sample weights were considered in all calculations.

Functional disability is common among Brazilian adults. Hospitalization is the most strongly associated factor, followed by economic activity, and chronic diseases. Sex, age, education, and income are also associated. Results indicate specific targets for actions that address the main factors associated with functional disabilities and contribute to the projection of interventions for the improvement of the well-being and promotion of adults' quality of life.

The international scientific community wants to understand the factors associated with this topic.1414. Mitra S, Sambamoorthi U. Disability prevalence among adults: estimates for 54 countries and progress toward a global estimate. Disabil Rehabil. 2014;36(11):940-7. DOI:10.3109/09638288.2013.825333 However, we only observed a few population-based studies on the prevalence of functional disability among adults in the country. To know the distribution and to understand the factors that collaborate to functional disabilities may assist public policy planners in intervention projections for the improvement of the well-being and promoting the quality of life of adults.

The present study aimed to estimate the prevalence and the factors associated with functional incapacity of Brazilian adults.

We used information from the health supplement of the National Household Sample Survey (PNAD). It is a survey, carried out by the Brazilian Institute of Geography and Statistics, that obtained information from a probabilistic sample of 150,591 households and 391,868 individuals, from September 28 of 2007 to 27 of September of 2008.

The PNAD offers a complex sample design planned to allow the national representation obtained in three stages: (a) primary units – self-representative municipalities with probability of belonging to the sample, and not self-representatives, with probability of being part of the proportional sample of resident population; (b) secondary unities – census sectors, where the probability of inclusion is proportional to the number of existing homes in the sector; and (c) tertiary units – (private household and housing units in collective households), investigating the information related to all residents.ccInstituto Brasileiro de Geografia e Estatística. Pesquisa Nacional de Amostra por Domicílio - PNAD, 2008 [CD-ROM]. Rio de Janeiro (RJ): Instituto Brasileiro de Geografia e Estatística; 2008. 1 CD-ROM.

This study included adults of between 18 and 65 years. Only people who have informed their own functional capacities were considered in the analysis, while proxy respondents were excluded.

The Health Supplement Survey of PNAD included seven questions on physical mobility regarding daily activities, sports, climbing stairs, and walking. Four ordinal answers were possible: "not able to do it", "with great difficulty", "with little difficulty" or "with no difficulty".

The dependent variable was the functional disability measured by using the variable of physical mobility "difficulty to walk about 100 m" Independent variables were determined by blocks with distal to proximal components (Figure) to avoid the underestimation of the effects of distal variables:

Thumbnail
Figure
Graphic scheme of the hierarchical model used in the analysis. Brazil, 2015.

We obtained the descriptive statistics of variables stratified by functional disability. The calculation of self-referred prevalence was carried out in the total population with a respective 95% confidence interval (95%CI). To identify factors associated with functional incapacity, we used the bivariate analysis by adopting as effect measure the odds ratio (OR).

The multivariate analysis was ranked by previously defined blocks. For each block of analysis, variables with values of p < 0,10 were kept in the model. Variables were adjusted by covariates of the same level and by significant variables of the previous level. The Jackknife technique was used for the sensitivity analysis, obtaining stratified simulations by the Federation Unit.

All analyses were conducted using the Stata statistical software version 10.1. Sample weights of PNAD were considered in all calculations.

The PNAD was approved by the National Committee of Ethics in Research.

In total, we included 18,745 interviews in the study. Population was predominantly female and most adults had between 50 and 65 years, were living accompanied in an urban area, considered themselves as not-white, had up to seven years of study, belonged to the lowest income tertile and was economically inactive (Table 1).

Half of the participants assessed their health status as moderate and approximately 1/5 of the specimen had health insurance membership and had been hospitalized in the last 12 months. Among the self-referred chronic diseases, back problems were the most frequent, followed by arterial systemic hypertension, arthritis/rheumatism, depression, heart diseases, and diabetes mellitus.

Approximately half of the interviewed who reported presenting functional disabilities had up to three years of study, were economically inactive, assessed their health condition as bad, were hospitalized in the last 12 months, reported presenting some chronic diseases, and had between 50 to 65 years.

By the ordinal logistic regression presented in Table 3 regardless of the scenario adopted, the following variables showed associations with functional disabilities: to reside in urban areas, have lower levels of education and per capita household incomes, be economically inactive, have assessed their health condition as bad, have been hospitalized in the last 12 months, present some chronic diseases (arthritis/rheumatism, diabetes mellitus, arterial systemic hypertension, and heart diseases), be with age superior to 34 years and be male. The sensitivity analysis did not change the results.

In the present study, functional disabilities were measured using the physical mobility variable "difficulty to walk for about 100 meters", considered as an indicator of moderate functional disability.1212. Lan T-Y, Melzer D, Tom BDM, Guralnik JM. Performance tests and disability: developing an objective index of mobility-related limitation in older populations. J Gerontol A Biol Sci Med Sci. 2002;57(5):M294-301. DOI:10.1093/gerona/57.5.M294 The variables "basic activity of daily live" and "difficult to eat, to take a shower, or to go to the bathroom" measure an advanced stage of the disability, not very useful when we think about prevention and intervention. While we point out "difficulty to walk 1 km" as a measurement of active aging and not as an indicator of disability in physical mobility.1919. Sainio P, Koskinen S, Heliövaara M, Martelin T, Härkänen T, Hurri H et al. Self-reported and test-based mobility limitations in a representative sample of Finns aged 30+. Scand J Public Health. 2006;34(4):378-86. DOI:10.1080/14034940500489859

Having health insurance membership was a protective factor to functional disability. We presumed individuals affiliated to a plan more often seek these services and have greater adherence to treatments, contributing to the prevention and the improvement of functional capacities.

The cross-sectional study has limitations that suggest the cautious interpretation of our results. It is difficult to interpret associations on causal relationships.99. Flanders WD, Lin L, Pirkle JL, Caudill SP. Assessing the direction of causality in cross-sectional studies. Am J Epidemiol. 1992;135(8):926-35. Additionally, the survival bias may be underestimating the observed associations. Besides that, the investigation did not address some variables related to lifestyle that, therefore, were not included in this study.

On the other hand, this analysis provides methodological cares that give greater validity to the results found. Sample weights were considered and we opted for a regression model suitable for this kind of analysis.11. Abreu MNS, Siqueira AL, Caiaffa WT. Regressão logística ordinal em estudos epidemiológicos. Rev Saude Publica. 2009;43(1):183-94. DOI:10.1590/S0034-89102009000100025 We excluded proxy-respondents to avoid the risk of information bias and we conducted sensitivity analyses to assess and minimize the effect of chance (type 1 error).

Functional disability is common among Brazilian adults. Hospitalization is the most strongly associated factor, followed by economic activity, and chronic diseases. Sex, age, education, and income are also associated. Results indicate specific targets that address the main factors of functional disabilities and contribute to the projection of interventions for the improvement of the well-being and the promotion of quality of life for adults.

: Keitty Regina Cordeiro de Andrade Faculdade de Medicina – UnB Campus Universitário Darcy Ribeiro 70904-970 Brasília, DF, Brasil E-mail: keittyregina@hotmail.com
AUTHORS' CONTRIBUTIONS
All authors have substantially contributed with the conception and planning processes, the analysis and interpretation of data, the preparation of the draft and the critical review of the content, and approved the final version of the manuscript.
The authors declare no conflict of interest.

Figure   Graphic scheme of the hierarchical model used in the analysis. Brazil, 2015. 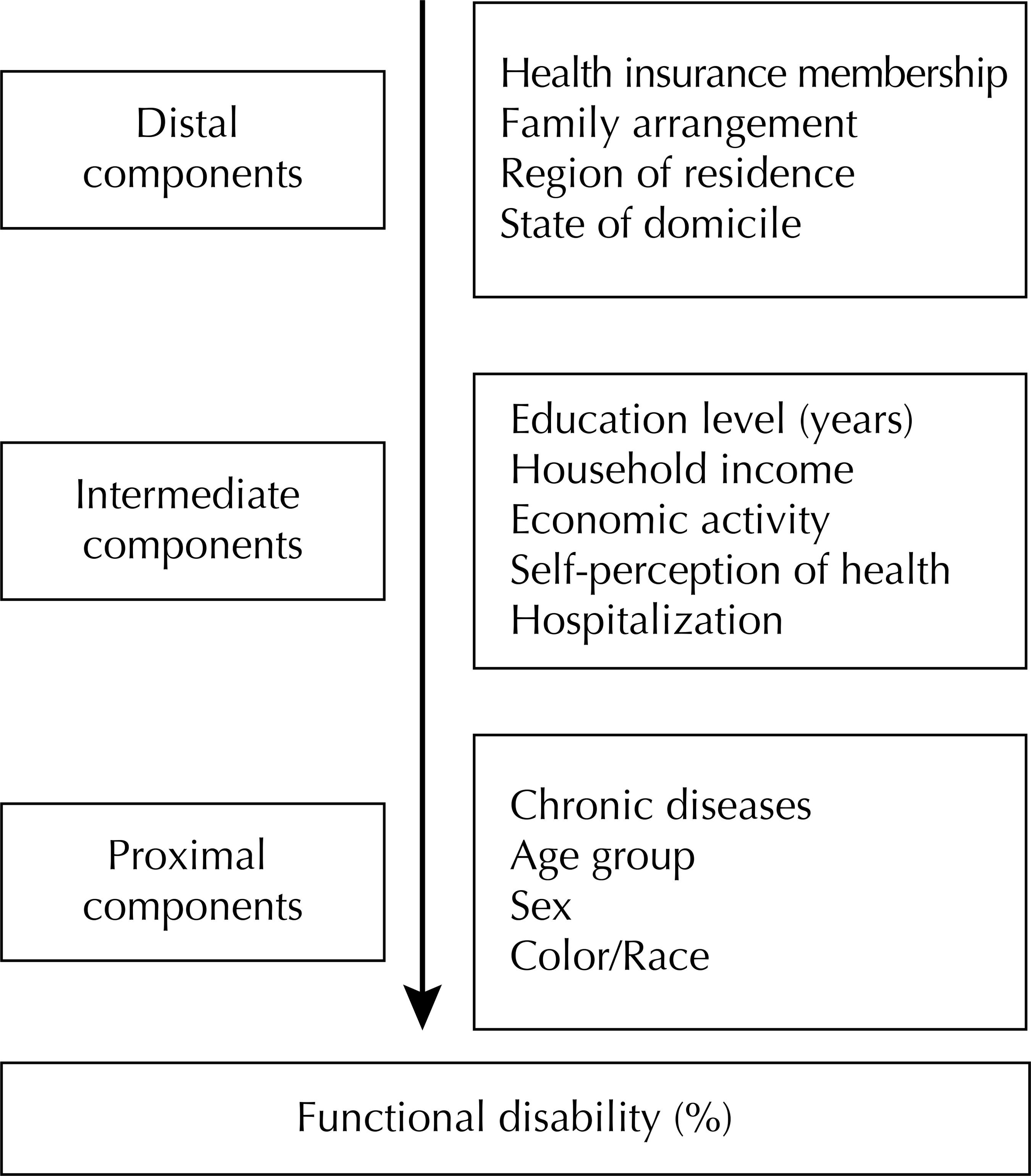 Table 1   Distribution of adult's characteristics and their associations with functional disabilities. Brazil, 2015. (N = 18,745)