Effect of the Melhor em Casa program on hospital costs

To verify if the Melhor em Casa program can actually reduce hospitalization costs.

We use as an empirical strategy a Regression Discontinuity Design, which reduces endogeneity problems of our model. We also performed tests of heterogeneous responses and robustness. Data on the dependent variable, namely hospitalization costs, were collected in the Department of Informatics of the Unified Health System (DATASUS), using the microdata set from the Hospital Admissions System of the Unified Health System (SUS) from 2010 to 2013, totaling 3,609,384 observations. The covariates or control variables used were age and costs with patients in the intensive care unit, also from DATASUS.

Our study verified if the Melhor em Casa program (MemC) can actually reduce hospitalization costs. Hospital care is understood as an important form of social policy for life maintenance and a mandatory form of restoring constitutional principles to the Brazilian population. Hospital care should be effectively provided to avoid a system collapse, especially with a limited budget.

One of the major problems of hospital care is the cost of services provided in the health unit, with high waste, which reaches R$ 3.6 billion a year with consultations, hospitalizations and unnecessary exams. The complex composition of hospital costs result in waste and inefficiency in the public service99. Sorensen AA, Mendes IAC, Hayashida M. Atendimento domiciliar: análise de um serviço privado. Rev RENE. 2004;5(2):86-92. . In addition to verify the effect of MemC, our article also contributes to the application of the empirical strategy of the regression discontinuity design (RD), which guarantees responses without endogenous bias, confirming or not the program efficiency.

The tests of heterogeneous responses and robustness were used to verify if the estimators were accurate. The main hypothesis of our study was that the program can reduce hospitalization costs, making public hospital management more efficient.

Data on the dependent variable, namely hospitalization costs, were collected in the Department of Informatics of the Unified Health System (DATASUS), using the microdata set of the Hospital Admission system of the Brazilian Unified Health System (SUS) from 2010 to 2013, totaling 3,609,384 observations in the three years of analysis. The values of the variable of interest, hospitalization costs, were deflated; thus, the series suffers real impact without inflationary influence.

Data were collected in Datasus and the National Register of Health Establishments (NRHOSP), both organs of the Ministry of Health, to analyze the effects of MemC. We used a dummy to identify the municipalities covered by the MemC. They were named “treated” and coded with the value 1, while the municipalities not covered were named “controls” and coded with the value 0.

Our article analyzed how home care (in this case, MemC program) affects the hospitalization costs. As an empirical strategy, we used the regression discontinuity design1111. Angrist JD, Pischke JS. Mostly harmless econometrics: an empiricist’s companion. Princeton, NJ: Princeton University Press; 2008. due to the adherence criterion related to a cutoff point and exogenous probability, namely “cutoff.” The established cutoff were municipalities with more than 20,000 inhabitants. Thus, we estimate the following equation:

To perform local regressions, you need to enter a window (bandwidth) that will determine the size of the cutoff distance at the level of sample observations. Then, we used the methodology of Calonico et al.1616. Calonico S, Cattaneo MD, Farrell MH, Titiunik R. Regression discontinuity designs using covariates. Rev Econ Stat. 2018 July. https://doi.org/10.1162/rest_a_00760
https://doi.org/10.1162/rest_a_00760... This variation of bandwidth is also a way to guarantee our empirical strategy, emphasizing that we test our model for a linear and quadratic specification.

In addition to the aforementioned tests, we applied three more robustness tests to confirm our empirical strategy. First, we verified possible effects of other programs or actions of years prior to the beginning of the program. Another test was the cutoff alteration , that is, we made our regressions with different cutoffs than the one stipulated by the program. Finally, we tested the covariates of our model. The tests should not generate statistically significant estimators, guaranteeing the parameters of our model.

We also performed heterogeneous test responses to understand and confirm the effects of MemC on sub-sample situations, namely risk groups (pregnant and older adults), which require a longer hospitalization time. We analyzed if the program can affect municipalities with fewer working equipment than the national average, which would cause a longer hospitalization due to the delay in the results of the exams. Finally, we verified the effect of MemC on the group of people hospitalized without urgency, or elective, which would show the speed of care and the reduction of costs with this type of hospitalization.

We initially verified if discontinuity occurs at the 20,000 inhabitants’ cutoff point to guarantee the statistical results. The Figure shows the result of the initial test, in which a discontinuity is observed: the amount spent on hospital admissions reduced. It is an important criterion, since this criterion ensures our results come from a causal relationship and from the comparison that we can perform between municipalities close to the cutoff point (point 0 of the Figure ) and that have as a difference only the coverage or not of the program.

Thumbnail
Figure
The discontinuity of the program in the cutoff

Table 1 shows the discontinuity, which was a basic factor to calculate our estimators, with the results of all regressions indicating negative and statistically significant estimators. The reductions in the hospitalization costs reached 4.7% (p < 0.01). This effect remained in the subsequent years, reducing up to 10.2% (p < 0.01).

Regarding the heterogeneous responses, based on the estimators shown in Table 2 , Panel A, we concluded that the program reduced the hospitalization costs of women with risk pregnancies within three years after its beginning, resulting in a cost saving up to 9.3% (p < 0.01). In panel B, regarding the old adults, hospitalization costs reduced up to 9.6% (p < 0.01) within the three years. Thus, the program shows that the reduction in costs reaches risk and more vulnerable groups.

Table 3 , Panel A, shows that in the first three years the reduction in hospitalization costs ranged between 4.4% and 11.7%. Both reductions were statistically significant at 1%, even considering the municipality with a fewer equipment than the national average – which hinders the patient’s release, as it also delays the delivery of the results of the exams, resulting in higher costs. Table 3 , Panel B, shows a reduction between 6.7% (p < 0.1) and 17.9% (p < 0.01), indicating an economy in elective hospitalizations.

In addition to the heterogeneous responses, we applied robustness tests to statistically guarantee the assertion of the initial hypothesis. In Table 1 , columns 3 and 6, we tested the possible occurrence of effects in years prior to the beginning of the program. We observed no statistical significance, without evidence of any effect of any external factor and before the beginning of the MemC in hospitalization costs. This reinforces that the program is the main factor for cost reduction.

We continue with the robustness tests in Table 4 . Panels A and B show that the results are not statistically significant when creating false cutoffs of 10,000 and 50,000 inhabitants. This was expected, since it certifies that the effects occur only in the cutoff criterion determined by the program, which is 20,000 inhabitants, showing that it did not occur by a statistical accident.

Concluding our tests, in Table 4 , Panel C, we tested the control variables, but we did not have statistical significance in any estimator, which establishes that MemC is the only factor to affect the reduction in hospitalization costs. Thus, after verifying all the results, we can conclude that the program reduces hospitalization costs.

Our study analyzed how the Melhor em Casa program affected the hospitalization costs. The program proposes the provision of services by teams composed of several professionals in the health area to promote patient recovery in the comfort of their household (home care). Besides the recovery in a healthier environment, it also promotes hospital bed vacancy, reducing daily costs of hospitalization.

After ensuring that the results present causal characteristics, we verified that the MemC can effectively reduce hospitalization costs, with reductions in approximately 4.7% in 2011, 5.8% in 2012 and 10.2% in 2013. The results heterogeneous responses and the robustness test were the ones expected, confirming the results of our model and statistically supporting our estimators.

We could observe that the risk groups (pregnant women and older adults), even with higher costs due to specific care, also had their costs reduced with the program. MemC can effectively reduce hospitalization costs of municipalities with fewer hospital equipment than the national average. The program can also be efficient when considered the elective hospitalizations, that is, those that are not urgent. Thus, we conclude that the program helps reduce hospitalization costs, especially in risk and more vulnerable groups, showing to be an efficient public policy.

Figure   The discontinuity of the program in the cutoff 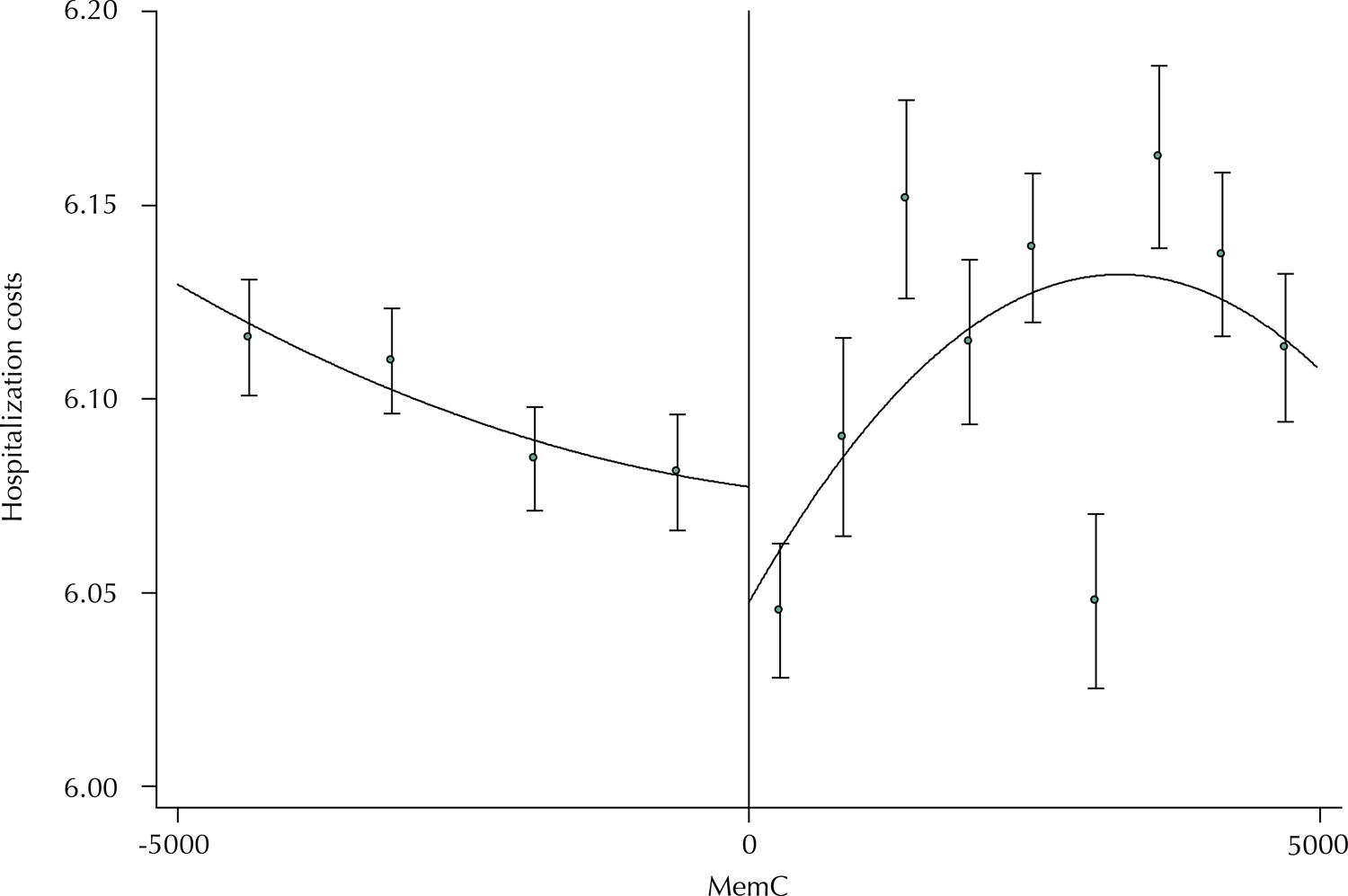 Table 3   Effect of the Melhor em Casa program on hospitalization costs – municipalities with fewer hospital equipment and elective hospitalizations, 2011 to 2013.