When the patient falls out of bed, who pays?

As of October last year, Medicare no longer reimburses hospitals for certain medical mistakes that in its view could have been 'reasonably prevented'. The list of these events is growing; so are concerns about the implications for health care in the United States of America (USA). Gary Humphreys reports.

Patient safety advocate Sue Sheridan learned about hospital errors the hard way. She recalls how, in 1995, her newborn son suffered severe brain damage when the hospital failed to run a 'ten dollar' blood test, which would have revealed neonatal jaundice. In 2002, her husband died after the hospital failed to notify him of a diagnosis of cancer. "These were simple mistakes," Sheridan, now based in Boise, Idaho in the USA, says: "They happened not because anyone was in a hurry or because this was so complex." In other words they were mistakes that should never have happened.

Beginning in October 2008, Medicare, the US-government-administered social insurance programme providing health coverage to people aged 65 and over, stopped reimbursing hospitals for specific instances of this kind of error. The Centers for Medicare & Medicaid Services (CMS) drew up a list of 'reasonably preventable' mistakes, termed 'never-events', based on consultation with a variety of stakeholders and the recommendations of the National Quality Forum, a non-profit organization in the USA mandated by law to bring together people from across the health-care spectrum on measurement issues. In quantitative terms it is unclear what 'reasonably preventable' means exactly, and there is no clear guidance in the statute on which CMS policy is based.

The list features major blunders such as operating on the wrong body-part or leaving surgical instruments inside the patient's body, but it also includes complications, such as severe bedsores, and certain injuries caused by patients' falls. Dr Edward Kelley, head of strategic programmes at the World Health Organization (WHO) Patient Safety Programme, notes that the 'never-events' concept has been enthusiastically supported by the business community in the USA and has also been picked up by several European countries active in WHO's Patient Safety Reporting and Learning Community of Practice. For Sheridan, the initiative makes sense in so far as it improves patients' safety, but her approval is nuanced. "As a widow and the mother of a boy disabled due to medical error, it is hard to understand hospitals being paid for such blatant disregard of guidelines and communication procedures. On the other hand, I understand the possible long-term negative effects of non-payment for a 'never-event'. So this has to be looked at very thoughtfully." 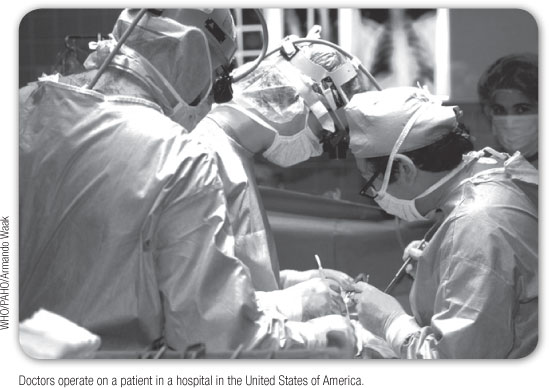 Dr Robert Wachter, chief of medical service at the University of California, San Francisco Medical Center, also believes the concept needs careful examination particularly the issue of reasonable preventability. "Originally, the 'never-events', which came out of National Quality Forum deliberations, referred to things like cutting off the wrong leg or leaving a sponge in someone's belly," he says. "That those things should never happen is self-evident. But the list of 'never-events' has expanded to now cover things like bad bedsores. But do we really know how to prevent bedsores 100% of the time? No, we don't." Professor Peter Pronovost, a critical care specialist at Johns Hopkins Hospital in Baltimore, concurs: "Certain complications, like an object being left inside a patient after surgery are clear-cut," he says, "but there are conditions such as air embolism and pressure ulcers (bedsores), that are not so straightforward."

This being the case, one might think that impartial adjudication to separate preventable from non-preventable would be a key part of the policy. It isn't. On the patient's admission to hospital, a form is filled out noting the presence or absence of certain conditions, including pressure ulcers. These forms are coded. There is no opportunity to offer nuance (e.g. the patient is 98-years-old, the patient is morbidly obese) for the simple reason that assessment is not done on a case-by-case basis. CMS has made efforts to improve the coding, allowing the examining doctor the option of replying 'don't know' for example, but the coded forms remain a necessarily blunt instrument. The fact is, CMS processes far too many claims to be able to look at each one individually. A second form is filled out when the patient leaves. If a late-stage bedsore is present on discharge that was not noted on admission, Medicare withholds coverage of costs incurred in treating that complication.

By holding onto its cash, Medicare wants to send a message, and the message is: 'shape up'. According to an Institute of Medicine study carried out in 1999, as many as 98 000 deaths a year can be attributed to medical errors in the USA. CMS wants to reduce this number and save the taxpayer some money - but not much: an estimated US$ 20 million, out of total Medicare budget for hospitals of US$ 120 billion - at the same time.

But is it working? According to Wachter, since October 2008, his staff has been extra vigilant in examining patients on admission. The hospital also now employs a nurse-specialist who walks the wards monitoring the state of patients' skin, trying to stop bedsores from developing. "People will say, well that's a good thing, but it is also possible that it is taking us away from more important tasks," Wachter says. Meanwhile, there is the issue of the perceived injustice. "Let's say I'm a hospital, and I'm doing everything right, including turning the patient religiously, and yet the patient develops a bad bedsore. If all of a sudden I'm not getting paid the US$ 5000 [that] I would have been getting before, that feels unjust," he says. And it's not just a question of hurt feelings. Says Pronovost: "Nonpayment for complications that are truly not preventable may reduce access for patients at risk for these complications. Obese patients [who are] at increased risk for decubitus ulcers, deep vein thrombosis and infections may be at risk of being turned away, for example."

Meanwhile, things are also likely to change on the wards. How to deal with patients falling is a case in point. For Wachter, while it is obvious that preventing patients from falling is a valid objective, it is a mistake to attach a financial penalty to such things happening. "The only way we can prevent 100% of falls is by tying people to their beds," he jokes. On a more serious note, he says that while nobody is going to tie "Mrs Jones" to her bed, they might be inclined to discourage her from getting up. "As a result of that, Mrs Jones might end up spending even more time in the hospital, recovering slower and costing Medicare more," Wachter says. "She might also be at higher risk for a DVT (deep vein thrombosis)."

CMS spokesperson Ellen Griffith emphasizes that the CMS rule regarding falls was based on broad consultation, but also points out that it will come up for review this spring. "CMS will as always be open to input from interested parties, particularly where comment is backed by hard data," she says, adding that CMS is committed to this policy and that this includes "refining it as appropriate to avoid unintended consequences for patients and to minimize undue burden on hospitals". That CMS is ready to change its rules is borne out by the shift of emphasis it has effected with regard to pressure ulcers. The original rule included all such ulcers. After re-examination of the issue, CMS restricted the rule to stage III and IV ulcers, severe lesions involving subcutaneous tissue.

Pronovost, who is working with WHO's Patient Safety Programme to see if 'never-events' represent a possible area for common work across countries in the next two years, believes that, whatever the arguments for and against, the policy should only be introduced after careful testing. "This will never be perfect," Pronovost says, "but how accurately we can measure and how much we can prevent should be transparent." WHO's Kelley concurs, saying: "The approach should be one of piloting and testing new measures beyond the current core list." 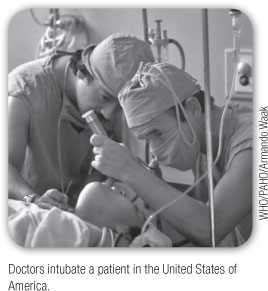 Meanwhile, problems loom that go way beyond disgruntled doctors. Pronovost fears that hospitals may be tempted to cheat to avoid penalties - failing to diagnose conditions that develop during a hospital stay, for example, or failing to report them when the patient is discharged. Wachter warns of even darker clouds on the horizon. "I think if you are a private insurance company in the business of returning profits to your shareholders and you see this government-blessed initiative that says we're not going to pay for these bad things, you're going to take note," Wachter says, adding: "You don't have to be too Machiavellian to say that insurers are going to look at this to see how they can improve their bottom line and call it patient safety. I actually think that is inevitable."

SciELO Analytics
Dimensions
When the patient falls out of bed, who pays?
PlumX