Food advertisements on television and eating habits in adolescents: a school-based study

To analyze the association of television food advertisements with eating habits in Brazilian adolescents.

The sample was composed of 1,011 adolescents, aged from 10–17 years. The influence of television food advertisements on eating habits, as well as food consumption and socioeconomic variables were assessed through questionnaires. A binary logistic regression was performed to assess the magnitude of the associations, adjusted for gender, age, socioeconomic status, and parental schooling.

Food advertisements were associated with greater consumption of fried foods, sweets, and snacks in adolescents, even after adjusting for confounding factors.

Healthy habits in childhood tend to remain during adult life and contribute to prevent comorbidities like obesity and cardiovascular diseases11. Lawlor DA, Benfield L, Logue J, Tilling K, Howe LD, Fraser A, et al. Association between general and central adiposity in childhood, and change in these, with cardiovascular risk factors in adolescence: prospective cohort study. BMJ. 2010;341:c6224. https://doi.org/10.1136/bmj.c6224
https://doi.org/10.1136/bmj.c6224... . However, a considerable portion of the worldwide population presents overweight or obesity, closely related to the public health problem of inappropriate nutrition22. World Health Organization. Nutrition for health and development: a global agenda for combating malnutrition. Geneva: WHO; 2000 [cited 2017 May 15]. Available from: https://apps.who.int/iris/bitstream/handle/10665/66509/WHO_NHD_00.6.pdf?sequence=1&isAllowed=y
https://apps.who.int/iris/bitstream/hand... .

Therefore, this study aimed to analyze the association of TV food advertisements with the desire to consume food, such as the weekly consumption of high-energy foods, in adolescents, even after controlling for confounding factors.

According to the Department of Education, the city of Presidente Prudente-SP has approximately 37,000 students regularly enrolled in public and private systems of which 27,860 are enrolled in elementary school and 9,105 in high school. Approximately 20% of these are private schools. Presidente Prudente is located in the southeast region of Brazil, with a population of 207,610 inhabitants and a high human development index (HDI = 0.806)1414. Instituto Brasileiro de Geografia e Estatística. Cidades 2017. Rio de Janeiro: IBGE; c2017 [cited 2017 July 29]. Available from: https://cidades.ibge.gov.br/
https://cidades.ibge.gov.br/... .

The sample of this study comprised students aged from 10 to 17 years, all regularly enrolled in schools of the city educational system (public and private). To contemplate students in the different regions (North, South, East, West, and Central), one school was chosen from each region in a randomized process. All classes of the selected schools were evaluated. If a region lacked the minimum sample required by this research, a second school was randomly selected and evaluated.

The inclusion criteria were: I) adolescents aged 10 to 17 years; II) enrolled in elementary or middle levels of the public or private educational network; and III) who returned an informed consent form, signed by one of their parents or guardians. This study was approved by the Ethics and Research Committee of the Universidade Estadual de São Paulo (Unesp).

Sample processing considered a prevalence of use of screen time of 70%, based on a previous study1515. Fulton JE, Wang X, Yore MM, Carlson SA, Galuska DA, Caspersen CJ. Television viewing, computer use, and BMI among U.S. children and adolescents. J Phys Act Health. 2009;6 Suppl 1:S28-35. https://doi.org/10.1123/jpah.6.s1.s28
https://doi.org/10.1123/jpah.6.s1.s28... . As the study was performed by conglomerates, a correction of the design effect of 1.5 was applied. Coupled with possible sample losses of 20% and considering a tolerable maximum error of five percentage points, the total minimum required for the investigation was 576 subjects.

Use of television and advertising relationship with eating habits

Food consumption by adolescents when watching television was self-reported and assessed by the following questions:

1-b) If “Yes,” what is your favorite food to eat when watching TV?

The influence of television advertisements on food consumption was assessed by the following questions:

2-a) When you are watching TV, do the food advertisements make you want to eat? 1-Yes; 2-No

Economic condition was determined by the “Criteria for Classification of Brazil”1717. Associação Brasileira de Empresas de Pesquisa. Levantamento socio-econômico 2012 – Base LSE 2010. São Paulo: ABEP; 2012. [cited 2017 July 25]. Available from: http://www.abep.org/Servicos/Download.aspx?id=03
http://www.abep.org/Servicos/Download.as... . This instrument classify the economic condition into classes A1, A2, B1, B2, C1, C2, D, and E. After the subjects’ classification, the sample was stratified between high economic class (categories A1, A2, and B1), middle economic class (B2 and C1), and low economic class (C2, D, and E).

Sample characterization was presented as mean and standard deviation for the consumption or non-consumption of food during the time watching television. The odds ratio (OR), estimated through binary logistic regression, assessed the association between the dependent variable (wishing to eat food after watching television commercial) and the independent variable (frequency of weekly food consumption). The adjusted model considered the variables gender, age, socioeconomic condition, and the mother’s educational. The significance level was set at 5% and the Confidence Interval at 95% (95%CI). The statistical package used was SPSS software, version 15.0.

Of the 1,011 adolescents assessed in the study, 83.3% reported food consumption while watching television. When asked their favorite food to consume, 33.2% of the sample reported eating sweets, 10.5% soft drinks, 11.1% snacks, and 6.0% fast foods. Among healthy food consumption, 10.1% of the adolescents reported fruits as their favorite food, while only 6.7% and 5.7% preferred dairy or vegetable, respectively (p ≤ 0.001).

A total of 73.9% of adolescents answered that food advertisements left them wishing to eat the advertised foods and 26.1% answered negatively (p-value ≤ 0.001). The Figure shows the kinds of food they wished to eat, with a prevalence of sweets and fast food, and vegetables as the least mentioned (p-value ≤ 0.001).

Thumbnail
Figure
Prevalence of foods that provoke the desire to eat in adolescents after appearing in television advertisements.

This study observed that adolescents reported consuming energy-dense foods when watching television, most commonly fried foods, sweets, soft drinks, and snacks. The most desired foods to eat after seeing in TV advertisements were sweets and fast foods. Adolescents who reported wishing to eat the food after watching advertisements had higher chances of consuming fried foods, sweets and snacks-36%, 69% and 57%, respectively.

The cross-sectional design, precluding cause-effect inferences, and the self-reported assessment of the variables limited this study. Food advertisements in other screen devices (computer, mobile phones, and tablets) were not assessed in the present study, since the screen time in these devices has already been associated to unhealthy eating habits in adolescents3535. Delfino LD, Silva DAS, Tebar WR, Zanuto EF, Codogno JS, Fernandes RA, et al. Screen time by different devices in adolescents: association with physical inactivity domains and eating habits. J Sports Med Phys Fitness. 2018;58(3):318-25. https://doi.org/10.23736/S0022-4707.17.06980-8
https://doi.org/10.23736/S0022-4707.17.0... . This study also lacked the assessment of types and frequency of TV food advertisements, which could help infer whether specific types of food were more frequent or more efficient in their message.

An important aspect of the study was the randomly selected sample in a developing country and the analyses controlled by confounding factors, minimizing possible biases. It also considered not only the association between screen time and weekly food consumption, but verified which kinds of food in advertisements may be associated with greater consumption. Future studies should examine food advertisements inserted between episodes of TV programs, which may contribute to better understand the intake of energy-dense foods in adolescents during television time. Another important question is whether adolescents from families with healthy habits are less susceptible to advertisements.

In conclusion, we observed a strong association between television commercials and consumption of energy-dense food. Health promotion actions should target reducing screen time and investing in advertisements for healthier foods, or at least reducing advertisements of foods rich in fat and sugar, from the early ages, since this problem affects younger populations.

Figure   Prevalence of foods that provoke the desire to eat in adolescents after appearing in television advertisements. 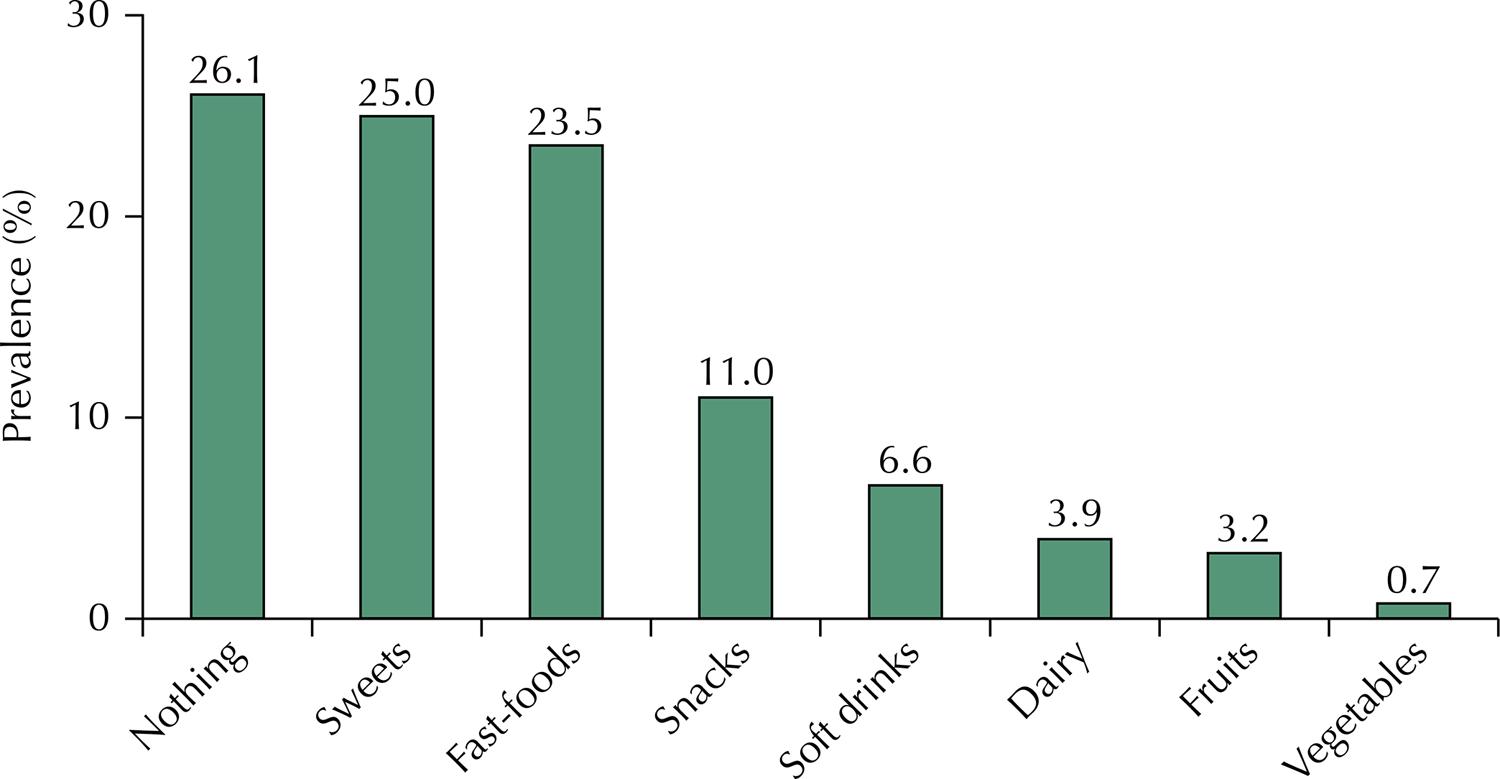 Table 2   Association between the influence of food product advertisements and eating habits in adolescents (variables analyzed separately in the model).

Table 3   Association between the influence of food product advertisements and eating habits in adolescents (variables inserted simultaneously in the model).